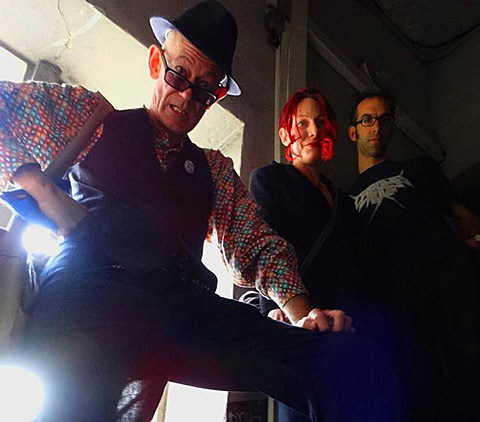 Onetime Swell Maps and Television Personalities member Jowe Head released Confessions from the Twisted Tower last year. The album's somewhere between the postpunk bands he's known for and proggy English folk, and can be streamed via Rdio below.

Jowe, who toured this time last year, is visiting the US for a few shows this week with his band Celestial Choir, including two in NYC: Thursday (4/10) at Union Pool with Lame Drivers and Phoaming Edison, and then Saturday (4/12) at Cake Shop with Ne-Hi and Prince Rupert's Drops.

The Celestial Choir, it should be noted, includes members of Magnetic Fields (Claudia Gonson), Mad Scene (Lisa Siegel, WFMU's Brian Turner, and Katie Gentile), and Fly Ashtray (Eric Cohen). All tour dates are listed, along with the album stream and flyers for both NYC shows, below... 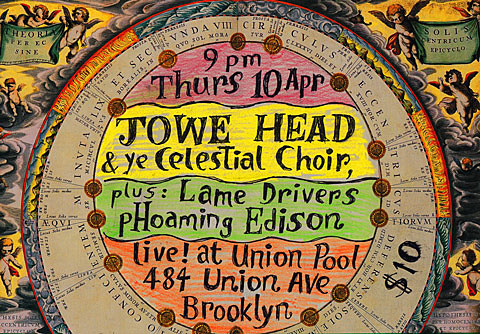 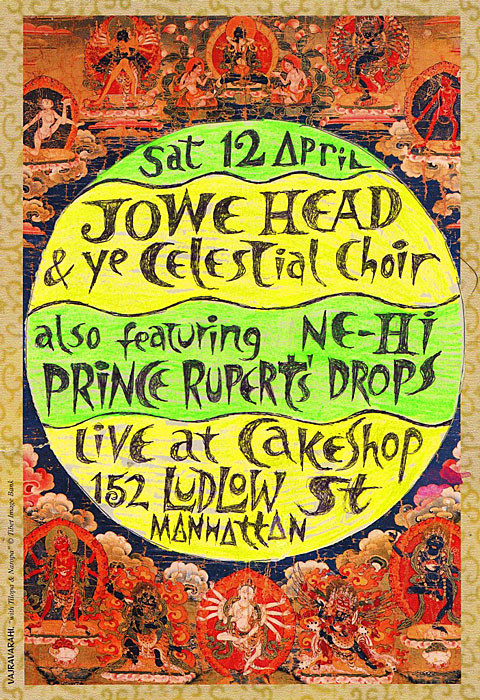