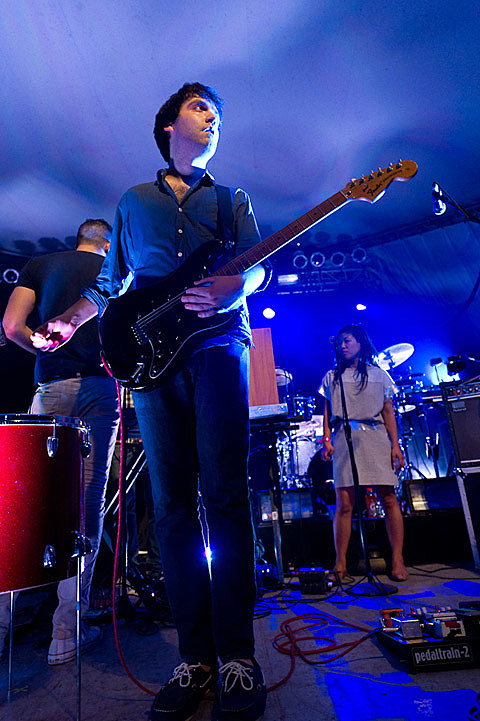 The second edition of Noncerts goes down at Cameo Gallery in Brooklyn tonight (4/29). Elvis Perkins, Martha Wainwright, and Jesse Harris will all play sets with the all-star house band and tickets for the benefit are still on sale.

Stick around after Noncerts for the dance party happening in the same venue with DFA DJs Jee Day, Matt Cash and Juan Maclean who may not be joined by his bandmate Nancy Whang even though she will probably make an appearance earlier in the night across the street at the sold out Holy Ghost! show happening at Music Hall of Williamsburg. Nancy is scheduled to instead appear with Classixx tonight at Webster Hall (flyer below). If that's not enough DFA for you, Free Energy play a show tonight at Glasslands too. Oh, and if you're going to Holy Ghost!, save your ticket stub (if you have one). It gets you $3.00 off admission to Cameo (doors at midnight).

Holy Ghost! just got off a tour with Cut Copy whose next NYC show is in Prospect Park with Midnight Magic who you can catch way before that on North 6th Street too. On Cinco de Mayo, while BOBBY are doing there thing over at Knitting Factory, Midnight Magic, Arthur Baker, and DFA DJ Matt Thornley will play a show in the back room of Public Assembly while Colin Rogister [Disocography], Joakim [Paris/ Tigersushi], Sal P [Liquid Liquid], and Tim Sweeney [Beats in Space/ DFA] hold it down in the same venue's loft space. A $15 ticket will get you into both the main event and the "Discography" party in the loft, or you can skip the downstairs and pay only $5. The flyer for that part is below... 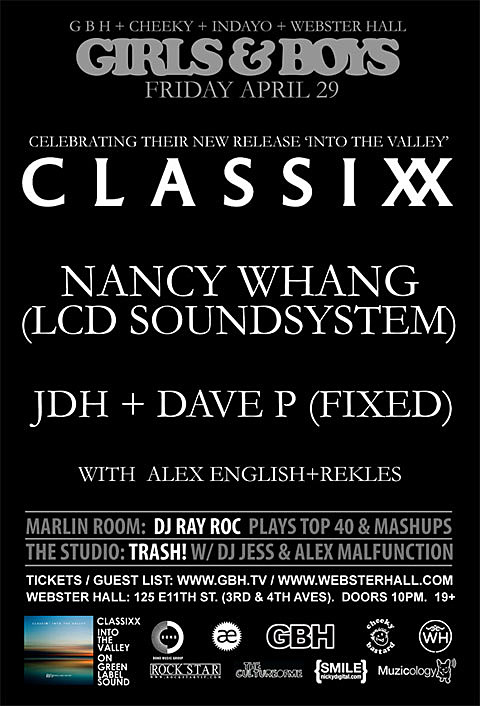