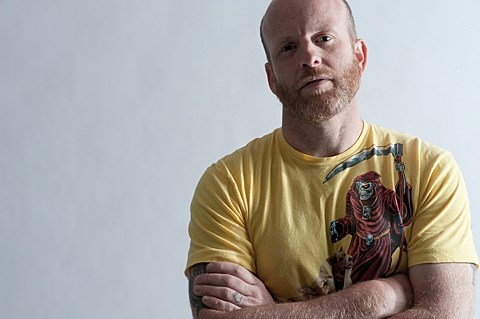 Holy Ghost! rang in the new year in NYC at Brooklyn Bowl with Midnight Magic, and afterwards their DFA labelmate Juan Maclean DJed an afterparty at the same venue. If you missed him spinning that night, he's sure to DJ many more NYC parties in 2013 (like Le Bain on January 20), and he also just announced a show for The Juan Maclean which goes down on February 21 at Le Poisson Rouge with Sumsun. Tickets for that show are on sale now.

A list of all dates and a stream of a recent Juan Maclean DFA Radiomix below...