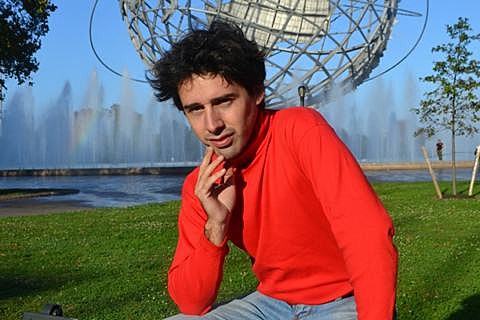 The Beets' Juan Wauters released his first solo album, N.A.P. North American Poetry, last week on Captured Tracks. A little mellower than what his does with The Beets, it's a really nice record that sounds especially good on an overcast day like today. The album is available in a special gatefold edition with artwork (and a comic) by longtime visual collaborator Matthew Volz. You can stream the whole thing via Rdio.

Juan plays a record release party this Sunday (2/16) at Baby's All Right (it was originally at Rough Trade) with Household and Las Rosas. Tickets are still available.

He'll then open for the Vivian Girls' sold-out farewell show at Death by Audio on March 1, and then will be opening for Mac DeMarco 's upcoming tour including Webster Hall on April 9 with Amen Dunes and Tonstartssbandht. Tickets for Webster Hall are still available as well.

All tour dates, plus song streams and the flyer for the Baby's show, below... 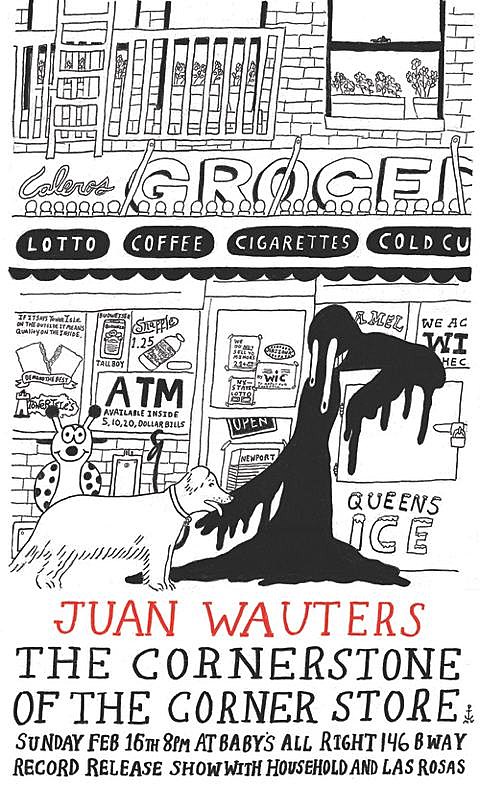