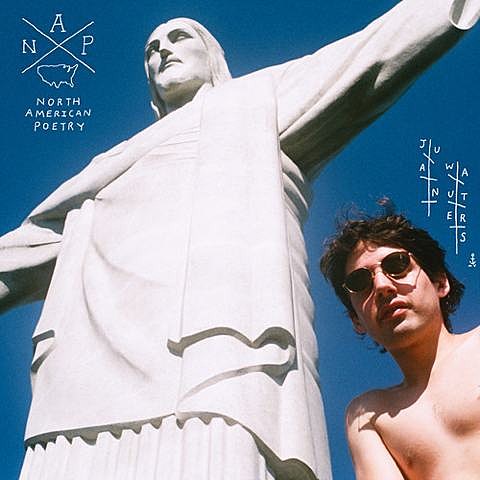 While The Beets are still active, singer Juan Wauters will be releasing his first solo album, titled N.A.P. North American Poetry, on February 4 via Captured Tracks (who put out the first two Beets albums). That's the cover art above, which was designed, as with all of Juan's records, by Matthew Volz. The album was made between fall 2010 and the summer of 2012 at Gary Olson's Marlborough Farms studio. You can stream "Water" from the record and watch a new video interview (made by Volz) below.

Juan has a few shows coming up, including a free one tonight (11/7) at Molasses Books in Bushwick (770 Hart St) with Flower Girl playing as well. He'll also play Queens Museum on Saturday (11/9, 4 PM) for the opening of Matthew Volz's stage installation as part of Queens International biennial; and then November 14 at Shea Stadium with Soft Black, Bully, and Beat Radio.

Meanwhile, The Beets (who just released a new single of Howard Stern covers) have shows too, including one in NYC on November 16 at Glasslands with Flower Girl and Jimmy Whispers. Tickets for the Glasslands show are on sale now.

All Juan Wauters and The Beets tour dates are listed, along with the new track stream, below...