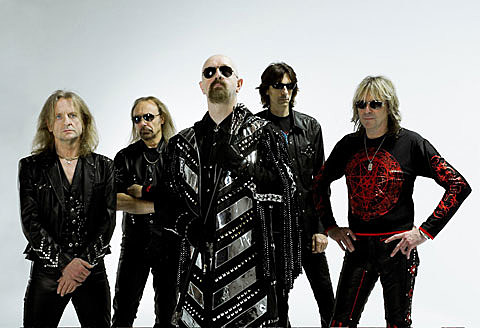 Judas Priest are hitting the road in support of their new album Redeemer of Souls starting in October. The tour will cover the States through November, including stops at the previously announced Louisville's Louder Than Life Fest and Austin's Fun Fun Fun Fest. On October 9, Judas Priest and supporting sleaze balls Steel Panther will drop into Brooklyn's Barclays Center. The following day, October 10, the heavy metal icons will hit Harrah's in Atlantic City. A few days later, October 17, they hit East Rutherford, NJ for a show at Izod Center. CT, PA and many more states are being visited too. Ticket information will be announced soon. All dates are listed below.

Redeemer of Souls, the band's 17th studio full-length, will hit stores on July 8. From the released songs and samples, the album purposefully and proudly strides back to Priest's '70s material, ringing in a new era with an identifiably classic sound. Fans in the New York area can purchase the album on July 8 at FYE at the 43rd street at Hard Rock TSQ and have the album signed by the band in the Hard Rock Café at 6:30 PM.

All of the dates along with live Priest sets through the ages appear below.