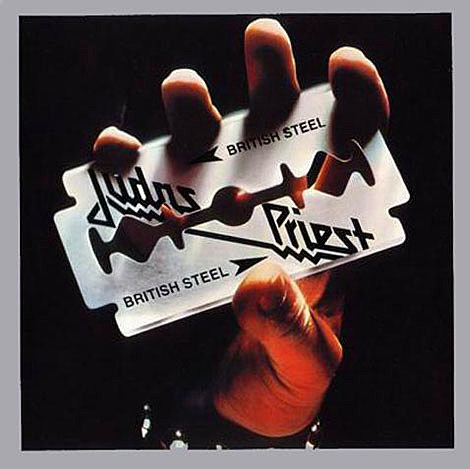 Possibly my favorite Judas Priest album, and one of the records that introduced me to heavy metal, is following the Don't Look Back model. Judas Priest have announced that they will perform all of British Steel on an upcoming North American tour this summer including a date at PNC Bank Arts Center and Nikon at Jones Beach on July 11th and 12th respectively! Blimey!

The group will hold a preliminary 30th anniversary of its 1980 British Steel album during a 17-date North American summer concert tour that kicks off July 1 in St. Charles, Mo., and also includes a stop at Milwaukee's Summerfest on July 2 before wrapping Aug. 2 in Universal City, Calif. Whitesnake will open all of the dates.

British Steel was a commercial breakthrough for Priest on these shores, launching the radio hits "Breaking the Law" and "Living After Midnight." The title track and "Metal Gods" have also become staples in the group's repertoire. It was certified gold in 1982 and platinum in 1989. -[Billboard]

Thumbs down on the Whitesnake tip, but still British Steel in it's entirety is pretty killer. If you were wondering, yes, British Steel is the album with the Beavis & Butthead classic, "Breakin' The Law" as well as "Living After Midnight" and many other classics. Video and all tour dates below...