photo: The Casualties at Acheron in 2013 (more by Tod Seelie) 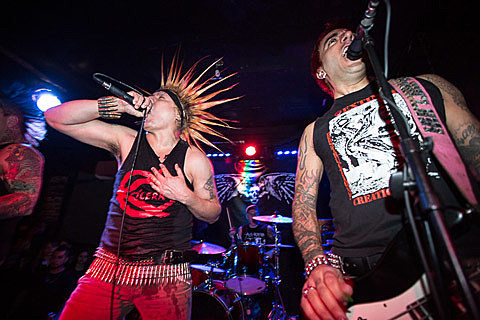 Not long ago, we mentioned that NYC street punk vets The Casualties have a NJ show with D.R.I. happening 5/31 at Starland (tickets), and it turns out that show is part of a longer tour for The Casualties. It also includes a Brooklyn show happening June 5 at Acheron with I.R.A., Iron Force and Agitator. Tickets are on sale now. All dates, including a Long Island show, another NJ show, and a Spain festival with Bad Religion and Jello Biafra, are listed below.

That's not the only old school punk show happening in NYC in the next few months. Agent Orange (or at least frontman Mike Palm and the newer members he's playing with now) recently announced a Brooklyn show to take place May 14 at Saint Vitus with In the Whale. Tickets for that show are on sale now.

Two days earlier at Saint Vitus (5/12) is Punk Rock Karaoke with members of Social Distortion, the Adolescents, Bad Religion, Circle Jerks and The Dickies (tickets). That's the same lineup doing the karaoke pre-party for Atlanta's Wrecking Ball fest in August. And that fest has its own dose of old school punk from Descendents and Judge.

Speaking of Judge, they're the subject of a new Noisey documentary that's gradually being rolled out. You can watch part 1 and part 2 below.

Judge also shared a member with Gorilla Biscuits, whose guitarist Walter Schreifels plays NYC soon with his garage/psych band Dead Heavens. They would have played Vitus last night (4/16) but that was cancelled, but they have two Bowery Electric shows: May 14 with Slonk Donkerson and May 21 with Slavve. Tickets for both are still available. 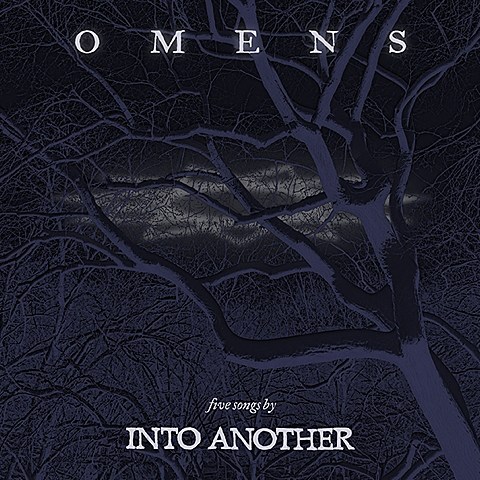 Judge also featured members of Youth of Today, who also had a member in Into Another, who put out their Omens EP this week, their first release since the '90s. You can pick yours up here and listen to an Rdio stream of it below.

And a few previously-mentioned NYC shows in this realm: Black N' Blue Bowl happens in May with Burn, Crumbsuckers, Sick Of It All, Madball, Dave Smalley, The Regulators (mems Bad Brains/Cro-Mags) and more.

Adolescents and The Weirdos are touring, and playing NYC on June 26 at Gramercy Theatre (tickets).

Bad Religion, who we just caught at Coachella, bring their tour to NYC for four dates in June.

Former Misfit Doyle will be here soon too.

There Will Be Quiet - The Story Of Judge (Part 1)

There Will Be Quiet - The Story Of Judge (Part 2)

Into Another - Omens EP