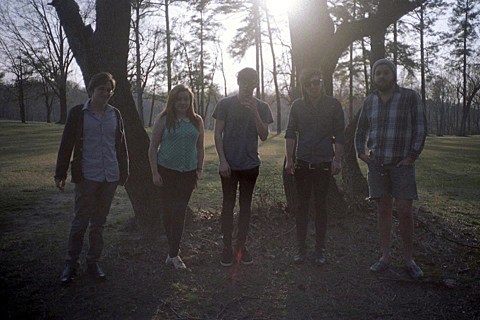 Maryland's Julia Brown (not a person, a band fronted by Sam Ray of the now-defunct Teen Suicide) released their debut album, To Be Close To You, this past February via Birdtapes. it's a super lo-fi, recorded-to-tape album reminiscent of those early pre-studio Mountain Goats albums in approach, but musically its sugary indie pop. You can stream the entire album below or download it (name your price) at bandcamp. You can also pick up the cassette from Birdtapes.

Julia Brown will be coming to NYC for the first-ever Orchid Tapes showcase which happens at all ages Bushwick DIY venue Living Bread Deli on May 18 (2 Knickerbocker Ave). The rest of the lineup includes Foxes In Fiction, Coma Cinema, RL Kelly, Happy Trendy, and Alex G. Orchid Tapes wite:

We will also be selling cassette compilation containing rare and unreleased songs from each of the musicians involved, which will be sold for an additional $5 with admission, with proceeds going towards traveling expenses for all the out-of-towners.

All Julia Brown dates are listed, along with the album stream, below...

Julia Brown - To Be Close To You