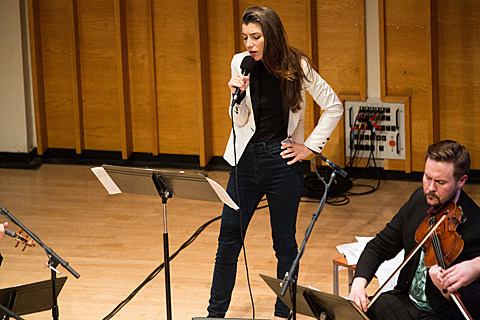 [Julia] Holter and the quartet also performed Alex Temple's song cycle "Behind the Wallpaper," which, Ms. Temple has said, includes Ms. Holter's music among its inspirations. The lyrics of the brief songs in "Behind the Wallpaper" sketch surreal transformations and spooky situations: a character who has been swallowing seawater and live fish, another wandering a house where the walls keep shifting. The songs were atmospheric with ambiguous tonality, drawing chuckles along with hushed curiosity. They quivered, hovered, paused and slipped in and out of ghostly waltzes before the last one, "Spires," resolved into the sweet major chords of an old movie score's happy ending, followed by the sound of rising waves -- a flood, perhaps, drowning all the strangeness. [NY Times]

The 2015 Ecstatic Music Festival, which brings classical and pop/indie music together, continued on February 25 at NYC's Merkin Concert Hall with Julia Holter and Chicago string quartet The Spektral Quartet. The night began with Spektral on their own, including a piece inspired by Mos Def and re-arranging James Blake's "I Never Learnt To Share." Then they backed Julia Holter for her songs "Memory Drew Her Portrait" and "Marienbad," before performing Alex Temple's "Behind the Wallpaper" with her, which is detailed in the review quoted above.

You can listen to an archive of the whole show at WQXR. Listen to Spektral's James Blake re-arrangement and Julia Holter's "Marienbad" from the show, with more pictures, below... 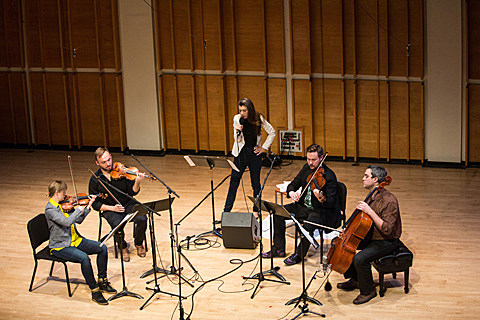 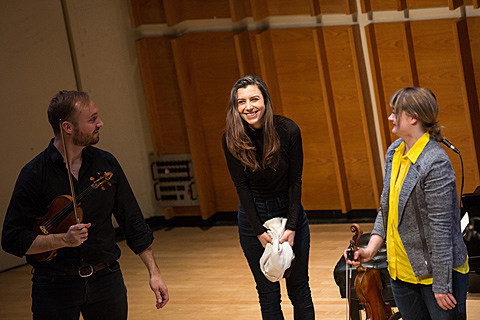 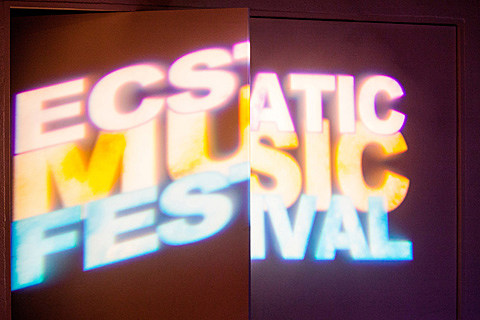 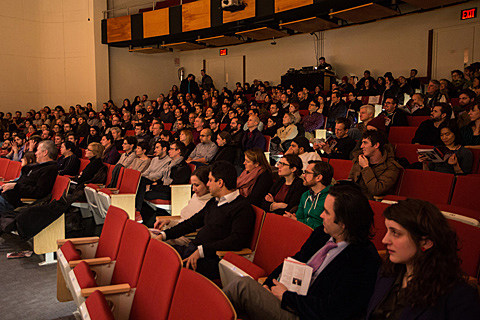 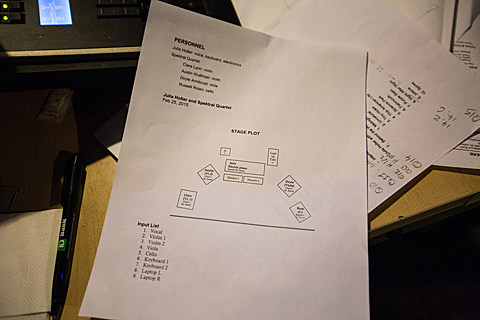 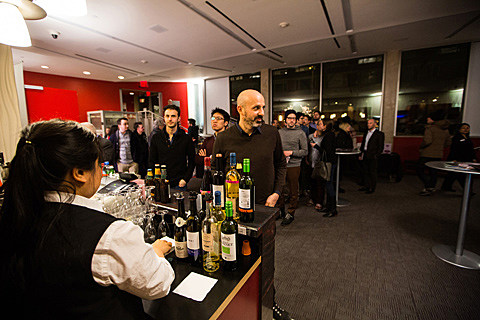 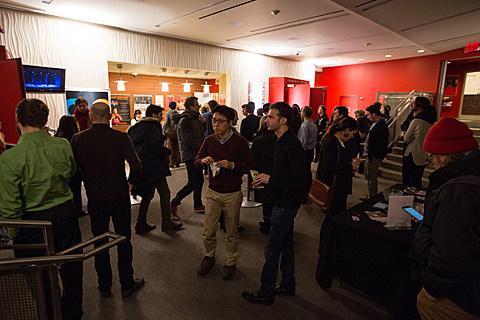 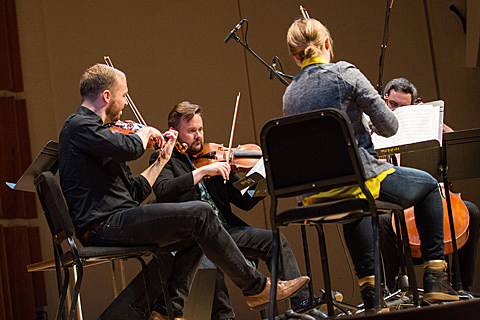 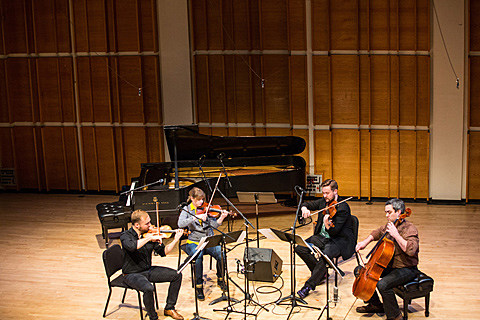 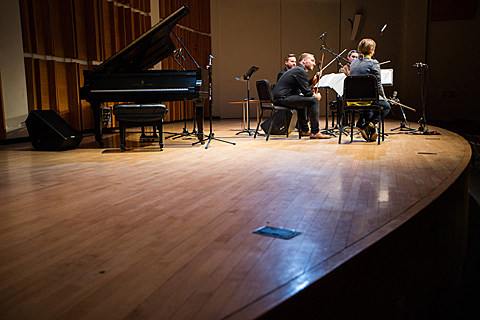 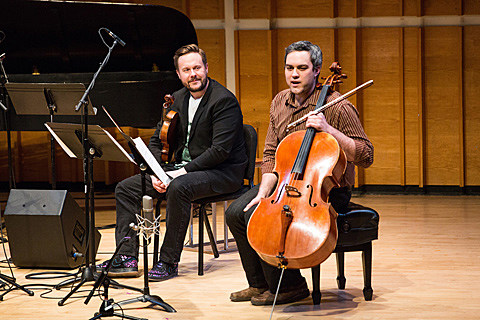 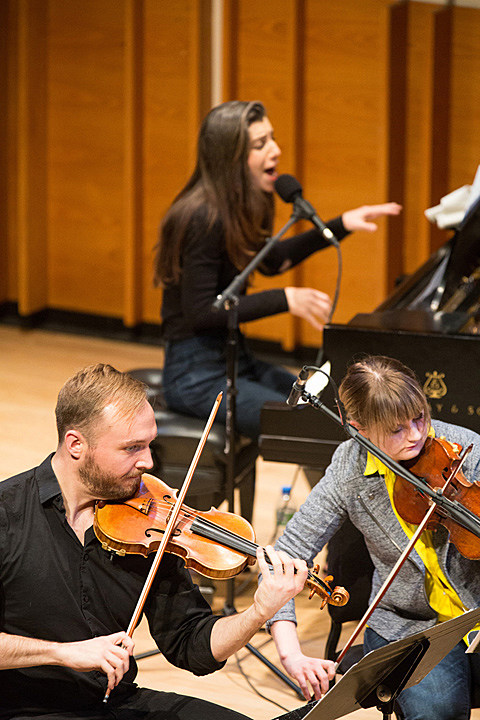 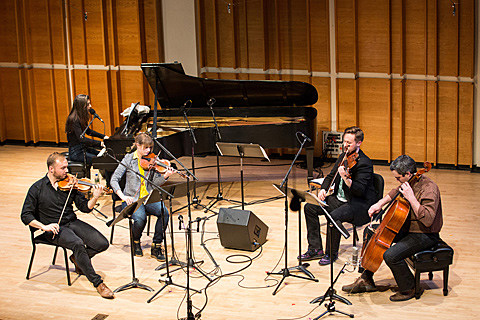 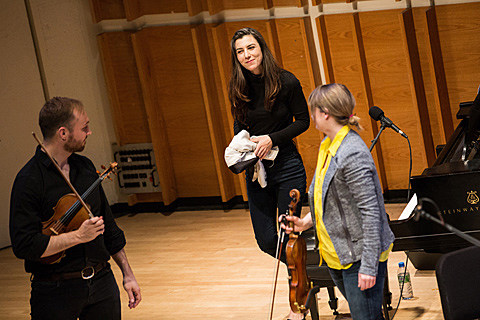 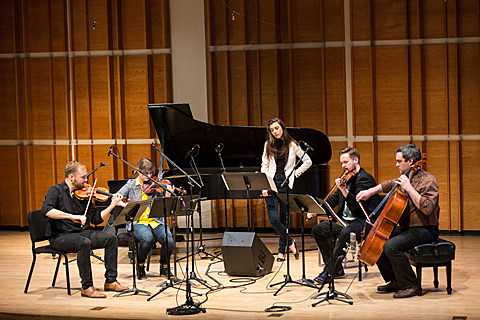 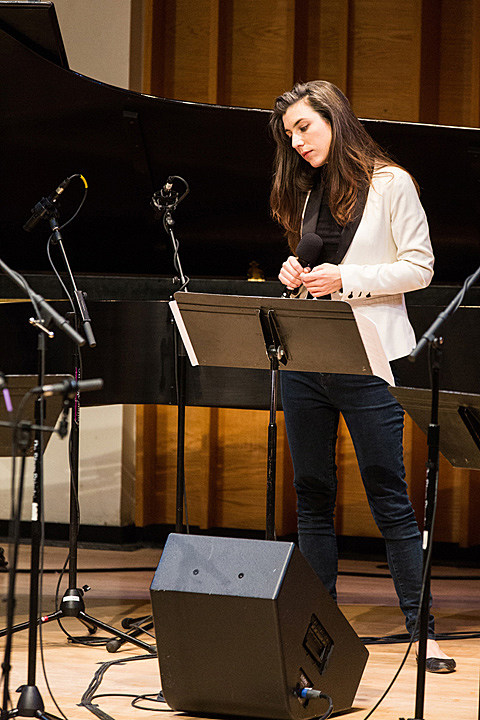 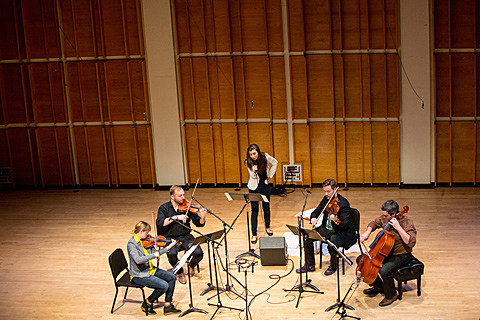 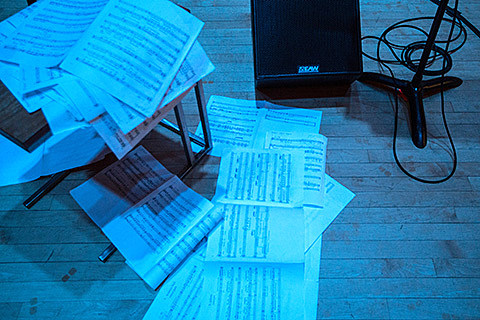 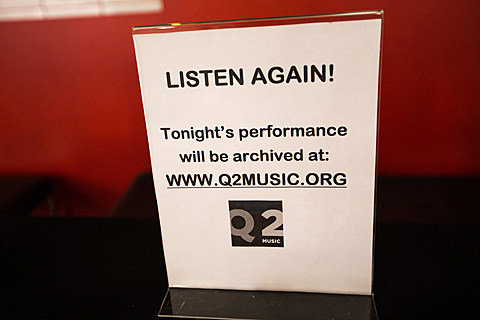