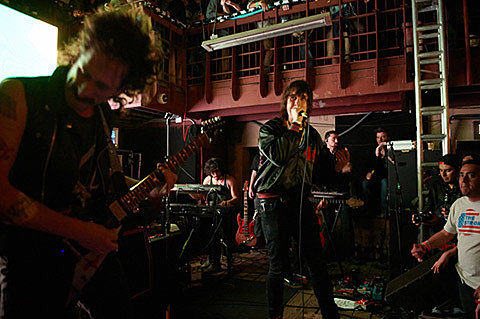 After some secret shows on their way to Austin, The Strokes' Julian Casablancas officially debuted new material and a new band -- The Voidz -- at SXSW, playing a 1 AM headlining set on Friday night (3/14) at the The Chevrolet Courtyard at Cedar Street. I'm pretty sure every Strokes fanatic in Texas was at the show and they were hyped for a chance to see him in a fairly intimate setting.

I am more of a casual fan but I was there. It came after a long day of music -- which started off with our second day party -- and I had hit the wall by the time Casablancas went on. Julian sang hunched over and often with his back to the crowd, vocals in the red the whole time. He played five new songs plus returned to play "Instant Crush," his contribution to Daft Punk's new album, for a demanded encore. What I remember more than the music was that The Voidz looked like they were plucked from a Jersey Shore pizza place circa 1987 -- extra cheese. (Dig the mullet and 'stache on the guitarist.) The was also an old Apple Computer on stage that was rigged up to display random graphics via the soundboard, which tied the whole thing together.

Casablancas and The Voidz have an album on the way -- release date TBA -- and you can watch a teaser video for that (also very '80s) below. After the Cedar St. Couryard show, the Voidz also played Fader Fort on Saturday (3/15) too. NYC can catch The Voidz (and The Strokes) at Governors Ball. You can check out live video from the Chevrolet Coutyard show, plus a few more pics, below. 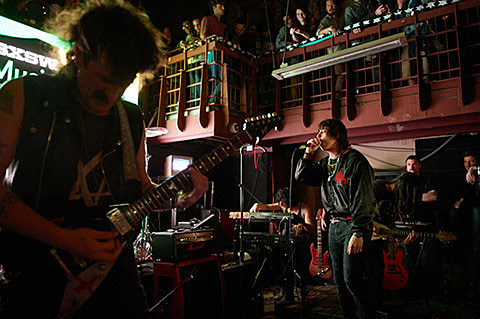 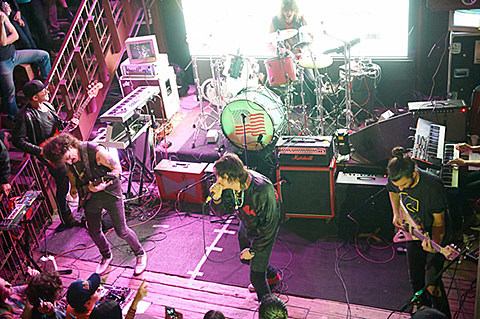 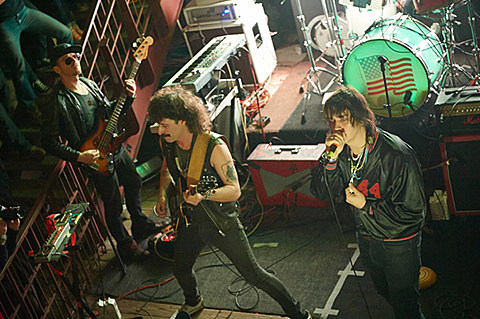