photo: Julian + The Voidz at Hammerstein in 2014 (more by Dana Distortion) 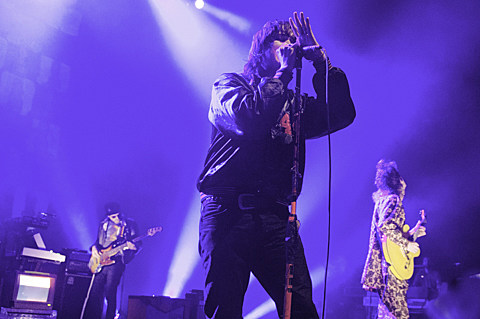 Strokes frontman Julian Casablancas and his weird rock band The Voidz have some shows coming up this month through October. One is a FREE show happening in his former hometown of NYC on August 13 at House of Vans. LA's Cherry Glazerr, who play Baby's a day earlier, open. RSVP is open now, but like most HoV shows, entry is first come first served so make sure to show up on time.

Their touring schedule also includes a New Haven, CT show and California's kooky Beach Goth festival. All dates are listed, with the flyer for House of Vans, below... 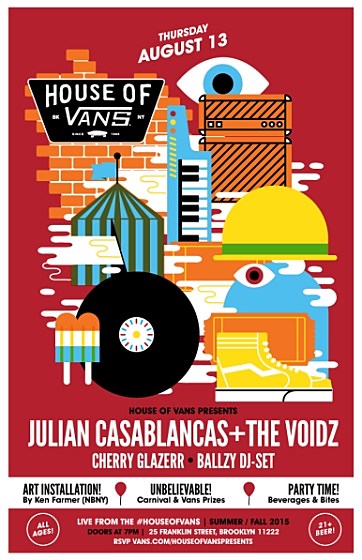