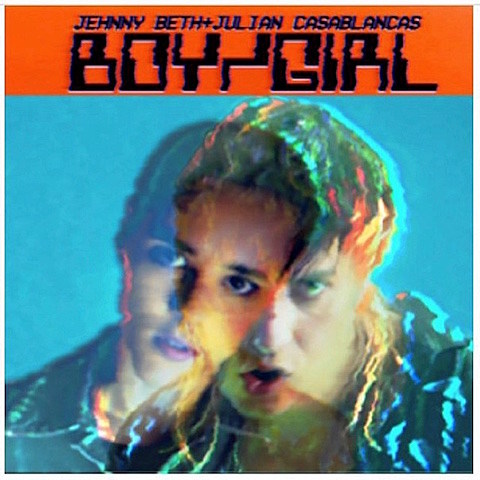 There had been rumors of a collaboration between Julian Casablancas and Savages' Jehnny Beth for a while now, and now the pair has released a single and a video to go along with it. The song is a cover of "Boy/Girl" by Danish punk band Sort Sol which originally featured Lydia Lunch. The video and song are scuzzy, low-fi pieces of tongue-in-cheek punk posturing. In a funny quote to Noisey, Casablancas said, "I had never heard the song before and still have no idea what the hell the words are talking about. It sounds like a Danish dude trying sound like he's saying English sounding words." That about sums it up.

Savages also recently joined the list of bands covering Eagles of Death Metal "I Love You All The Time," doing so at a recent concert at La Maroquinerie in Paris. You can check out video of that performance, along with the video for "Boy/Girl," below.