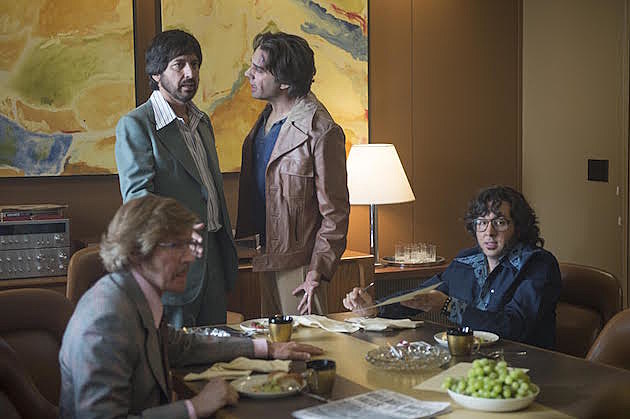 We mentioned that Julian Casablancas was featured on the soundtrack for HBO's Vinyl. Now his contribution has been released, and it's a cover of the Velvet Underground classic "Run Run Run." You can listen to the fuzzy, faithful cover below. This is from the soundtrack for the second episode (airing this Sunday, 2/21) and the whole mini-soundtrack, which also features Aimee Mann covering The Carpenters' "Yesterday Once More," is streamable via Spotify, below.

Vinyl, which premiered last weekend, was just renewed for a second season (despite iffy ratings). Did you watch the premiere? What did you think? If you haven't seen it, you can watch the pilot for free for a limited time.