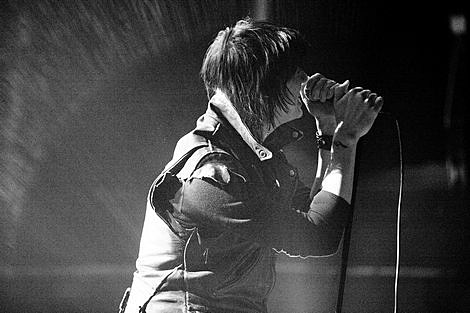 Julian Casablancas has added new dates to his Phrazes for the Young-supporting tour. One of those will be March 30th at Sayreville, NJ's Starland Ballroom. Ticket info TBA.

The shows lead up to his Coachella appearance on April 18th. With a new Strokes album on the way, they might be the last Julian solo dates for a while...

The Strokes' drummer Fab Moretti has said his band's forthcoming fourth album will be released "hopefully around September" 2010.

Working on the follow-up to 2006's First Impressions Of Earth, the fivesome are currently recording new material back home in New York.

The Strokes already have UK shows booked for the summer including the Isle of White Festival in June.

All Julian Casablancas tour dates are below...