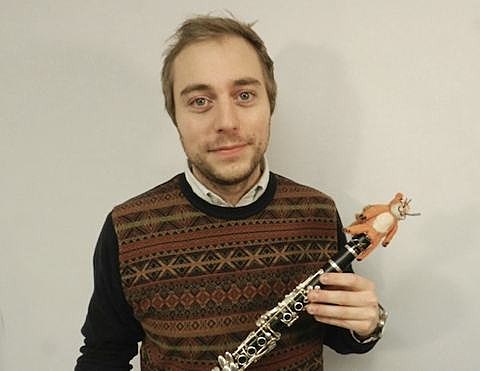 Experimental folk artist Julian Lynch released his pretty and strange new album, Lines, digitally last month and it gets its vinyl release via Underwater Peoples next week (4/30). You can stream the whole thing via Spotify and check out the video for "Gloves" below.

Julian is going to be heading out on tour with Montreal's Luyas in June. The two groups will alternate the headlining slot, and it's a collaborative tour: The Luyas will back up Julian, and he'll play with them during their set. If you are familiar with both of their music, you'll know this should be pretty cool. Dates include a stops in NYC on June 9 at Mercury Lounge with SoftSpot and another during the Northside Fest at 285 Kent on June 13, a show that also features Twin Sister, Ava Luna and Lushlife. Tickets to the 285 Kent show are on sale now, and tickets to the Mercury Lounge show go on sale Friday (4/26) at noon.

All dates are listed, along with a tour announcement from Jessie from the Luyas, Julian Lynch video and album stream, below...