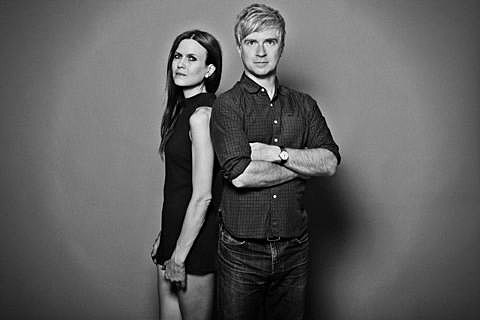 Juliana Hatfield and Nada Surf's Matthew Caws have been friends for a long time, and have sung on each other's records. But now the two have formed a new group, Minor Alps, who will release their debut album, Get There, via Barsuk Records on October 29. Not unlike the quieter moments on the last few Nada Surf Records, the album is appealingly mellow pop, with arpeggiated guitars, gentle electronics, and the occasional melotron. Mostly, though, it's about Caws and Hatfield's voices which sound pretty great together.

No songs have been released from the record yet, but Minor Alps will be touring this fall, including a stop in NYC at Bowery Ballroom on November 20. Tickets go on sale Friday (8/16) at noon with an AmEx presale beginning Wednesday (8/14) at noon. All dates are listed below.