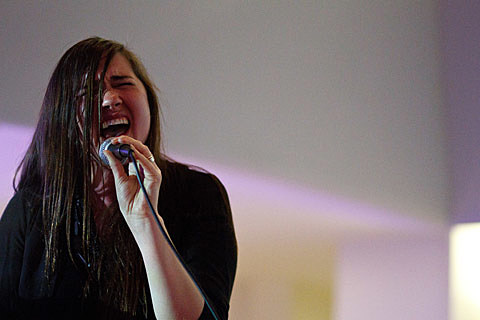 Brooklyn ambient pop artist Julianna Barwick has some tour dates scheduled for February; none in NYC, but she'll be playing her hometown much sooner as an opener at the first two nights of Phosphorescent's four-night run at Music Hall of Williamsburg (12/18-21). The first night, which Phosphorescent plays solo, is still on sale, but the other three full-band shows are sold out. Heaven's Jail opens nights 3 and 4. All JB dates are listed below.

Julianna's newest LP, Nepenthe, was one of the best of its kind this year, and has been called a favorite by TV Ghost, Gorilla vs Bear, Drowned In Sound, and others. If you've yet to hear it, you can stream it via RDIO. Watch the video for its track "The Harbinger" below.

Julianna also just made a FACT mix earlier this month, which you can stream, along with that video and the list of tour dates, below...