Julio Bashmore at Central Park in 2013 (via) 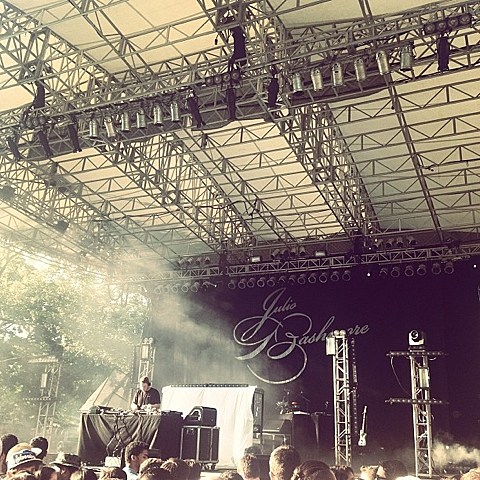 Bristol producer Julio Bashmore has made a pretty good name for himself with some addictive house singles like "Au Seve" and working as a producer with Jessie Ware. Now FACT reports that he's finally "pretty much finished" with his debut album, and plans to release it via his Broadwalk label this summer. No word on what songs will make it on the album yet, but you can check out a couple of his recent singles below.

One of those singles, "Peppermint," which features Jessie Ware, was just given video treatment. Check that out below too.

Julio is also returning to the US for a short tour here in March, including a stop in NYC on March 13 at Output for the venue's weekly INPUT party. That show is with Huxley, and there will also be sets by Thomas Schumacher and Corey Backer in the venue's Panther Room. Tickets for that show are on sale now. He'll also be back in May for Detroit's Movement Festival.

All dates are listed, with those streams, below...