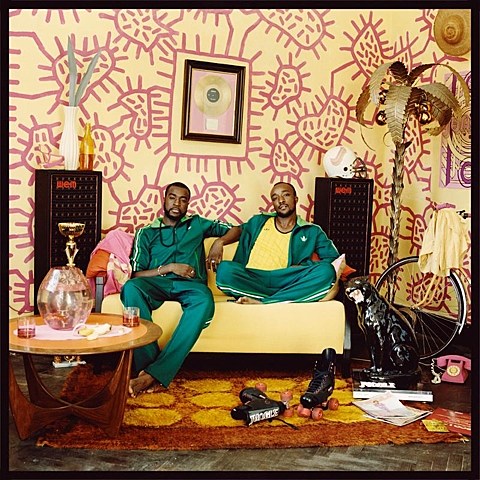 London's Jungle released their debut EP, The Heat, earlier this year, and though the sounds on it have been around for decades, they're delivered in a way that's entirely of the moment. Production-wise, Jungle operate in a very post-James Blake way, but unlike most artists for whom that descriptor applies, there's a real vintage-ness here, recalling the period of funk and soul just as those genres started transitioning into disco. They've got Marvin Gaye croons, Chic basslines, and sharp Earth Wind & Fire falsettos, but you can't even call those artists "out of style" when you consider records like Channel Orange and Random Access Memories are some of the most talked about albums of late. Jungle do the sound well too; each track on their four-song EP is a winner. Check out the video for the title track, and stream the other three, below.

Jungle will be crossing the Atlantic in 2014 to make their US debut in Austin for SXSW. No other North American dates have been announced at the moment, but stay tuned.

Jungle - "Lucky I Got What I Want"