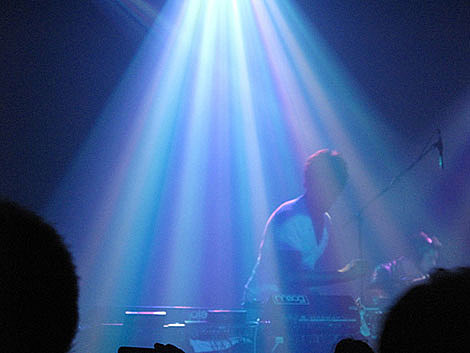 As previously posted, The King Khan & BBQ Show are playing two shows in NYC on October. They'll be at Bowery Ballroom on the 30th, and at The Bell House in Brooklyn one day later (Halloween). Dum Dum Girls, who last played their first and only show in NYC during the Woodsist Festival (and have since signed to Sub Pop) will open both dates.

By the way, Dungen and Woods play the Bell House this Friday night (8/14). $15 tickets are still on sale, and you can get in (capacity permitting) for $10 at the door with your stub from the Animal Collective show happening in Prospect Park the same evening. All JB dates below...