Junip at Bowery Ballroom in 2011 (more by Winnie Cheung) 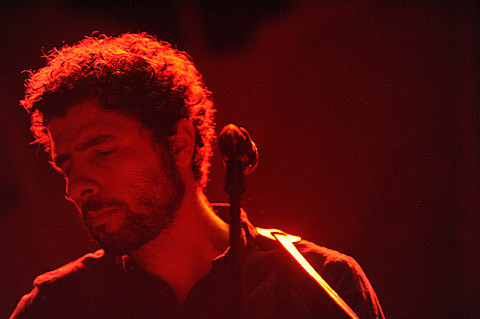 Jose Gonzalez's Junip project have a few shows coming up this year, including two US dates in October. One of those is in NYC on October 10 at Le Poisson Rouge. Tickets for that show go on sale Friday (8/3) at noon.

Meanwhile, Jose Gonzalez will be in NYC even sooner for ATP I'll Be Your MIrror, which goes down on Pier 36 from September 21-23.