Junius at Gramercy Theatre in 2011 (more by Greg Cristman) 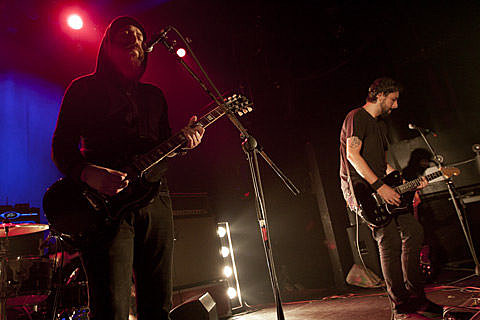 Boston's heavy post rockers Junius are set to release a new EP, Days of the Fallen Sun, on February 18 via Prosthetic, and they've just revealed its newest single, "Battle In The Sky." You can stream that one below, and listen to another EP cut, "Forgiving the Cleansing Meteor," over at Pitchfork. The artwork and tracklist are below as well.

Junius also have a bunch of dates coming up, including a run with A Storm of Light (fronted by Neurosis' former visual artist Josh Graham). That run brings both bands to NYC as openers on the previously discussed Caspian show at Brooklyn Night Bazaar (3/1). Since we last spoke, local indie rockers Advaeta were added to that too, and like all BKNB shows, it's FREE.

All dates are listed, along with the song stream, artwork and tracklist, below...

Junius - "Battle In The Sky" 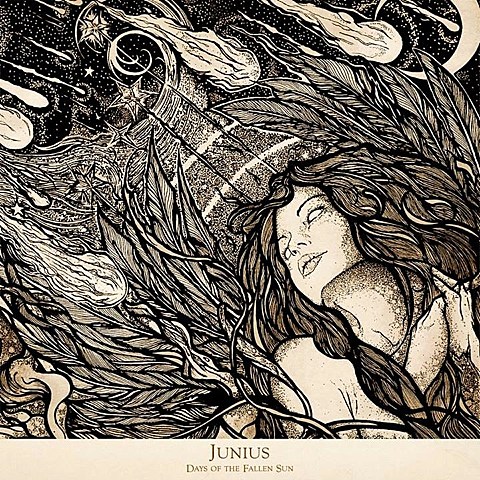 Tracklist:
1. (Meditations)
2. The Time of Perfect Virtue
3. (Shamanic Rituals)
4. A Day Dark With Night
5. (The Purge)
6. Battle In The Sky
7. (Nothingness)
8. Forgiving The Cleansing Meteor