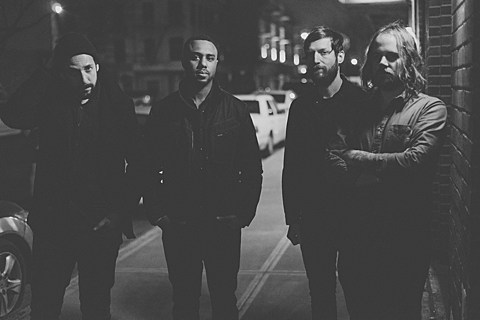 Driftoff is a new band featuring members of Junius, Rosetta and City of Ships, and if you listen to those bands you probably have some idea of what you're getting here. It's heavy, soaring post-hardcore that kinda sounds like Hot Water Music going through a big Hum phase, or mid-period Thrice or recent Baroness. It doesn't just sound like some side project though, this is pretty killer stuff. Their debut EP, Modern Fear, comes out October 30 via Science of Silence Records (pre-order digital, vinyl, or vinyl [Europe only]), and we've got the premiere of the new song "Ghosts of Hart Island" from that. Listen, with two other tracks from the four-song EP, below.

Driftoff have two shows scheduled at the moment, both in New York. One is at Brooklyn's Black Bear Bar on November 4 with Pittsburgh's proggy post-hardcore band Edhochuli (that's a great double bill) and the other is Long Island's Amityville Music Hall on November 7.