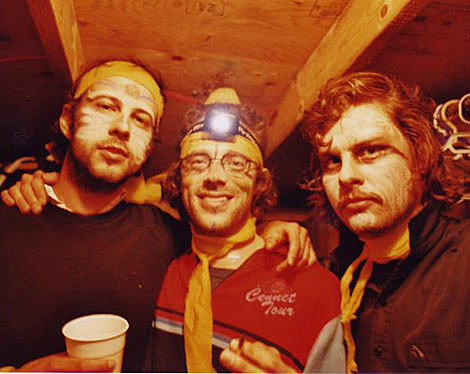 Canada's music heavyweights dominated the 2009 Juno Award nominations, with Nickelback garnering the most at five, followed by rocker Sam Roberts at four and Celine Dion and Hedley each picking up three.

But there were plenty of accolades for up and coming or independent acts, with nods for artists as diverse as The Stills, Crystal Castles, Plants and Animals and former Canadian Idol competitor Tara Oram. [CTV.CA]

As previously pointed out and proved again, Sam Roberts is huge in Canada, but not here where he just so happens to be playing Bowery Ballroom TONIGHT (2/18). Tickets (not surprisingly?) are still on sale.

As previously mentioned, Plants & Animals will share a bill with Blitzen Trapper and Alela Diane at Bowery and Music Hall of Williamsburg later this month (tix). From there the Canadian band goes on a March tour from DC to Michigan.