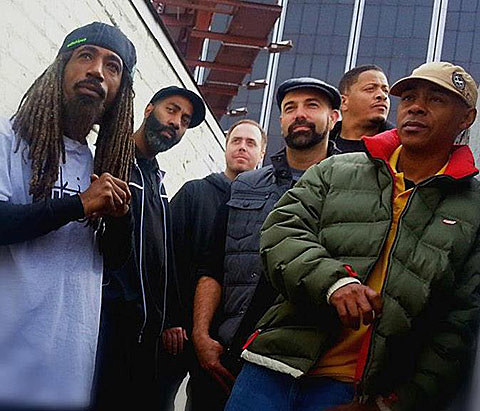 Veteran hip hop crew Jurassic 5 reformed last year after a six-year absence, playing Coachella and other festivals. They've now announced they're doing a proper reunion tour, dubbed "Word of Mouth," this summer including NYC at Best Buy Theatre on August 2 with Dilated Peoples and Beat Junkies. Tickets for the NYC show go on sale Friday (4/4) at noon with a presale starting Thursday (4/3) at 10 AM (password: GOLDEN).

All dates are listed, along with a couple of videos, below...