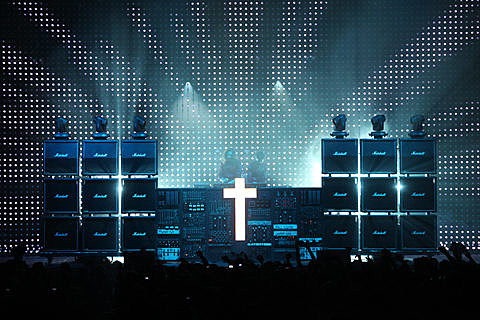 French duo Justice haven't come to NYC since the Ed Banger 10th anniversary tour hit Hammerstein in 2013, but they'll return to DJ a New Year's Eve show at a Brooklyn warehouse with Bob Moses, With You. and Gesaffelstein (previously listed as special guest). The exact location is not revealed, but tickets go on sale Friday, 11/13, at noon.

Justice's only other date that we're currently aware of is in Australia four days prior to NYE. Listen to some Justice below...