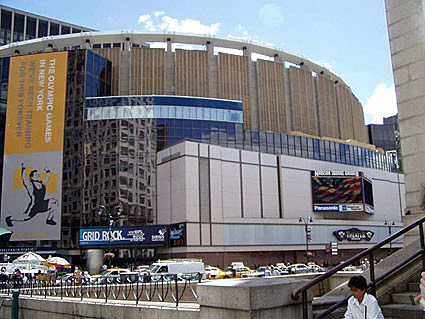 If there was ever a bad decision that united NYC music fans, it was the one made by Justice to headline The Garden. NOBODY seemed to think it was a good idea, and plenty were offended by the French duo's arrogance. On top of that, they were/are charging over $70 a ticket. This is for a DJ-like duo with basically one album - for music you're supposed to dance to - on a dance floor, not in an arena. Commenters in the initial announcement said things like...

"and we thought interpol was a stretch... oh man, this is.. wow. potentially disastrous might be an understatement."

"There's no way they could headline MSG, right?"

"is led zeppelin opening? that's the only way i could see this show happening."

"who wants to bet this show gets moved to the bowery ballroom?"

"This is hilarious and frightning all at the same time. This shit is actually really getting out of hand."

"That is a fuckin joke. From the Ticket price...to the fact that Justice thinks they can play MSG!!!"

Well, now the joke is on Justice... 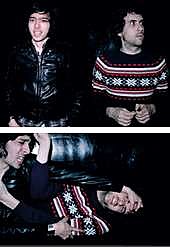 The venue has changed for New York City. It is now at the WaMu Theater at Madison Square Garden with doors at 7pm and the show at 8pm. Chromeo is on the New York show only - if you are missing them at the Bowery Ballroom this weekend, then come see them in March.

See you at the show. If you haven't bought tickets for NY do it now before they sell out!!

I'll get right on that.