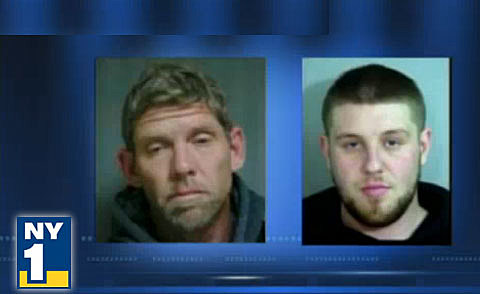 Three men are facing charges in connection with an alleged plot to kill pop star Justin Bieber.
Published reports say Mark Staake and his nephew Tanner Ruane planned to castrate and kill Bieber when he was in New York to perform at the end of November.

Reports say 45-year-old Dana Martin -- who is serving life in prison in New Mexico -- was the mastermind behind the plot.

Martin reportedly is obsessed with Bieber and has a tatoo of the pop star on his leg.

Staake was arrested in Vermont and Ruane was picked up by police in New York.