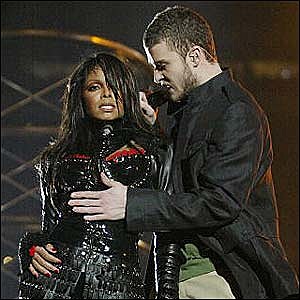 Even Janet Jackson has more credibility. At least she didn’t lie and apologize for the Super Bowl boobie fracas. Sure, Justin never had much cred when he was a boy band star, but now he’s a guy who’s constantly playing the game. Sure, people might like his music, but they don’t believe in HIM!

Last time Justin was in NYC, he played "Dick in a Box". He's back at MSG on August 15th. All tour dates below...