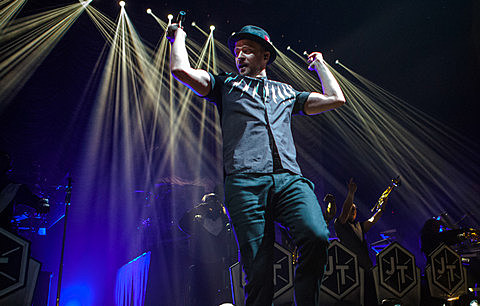 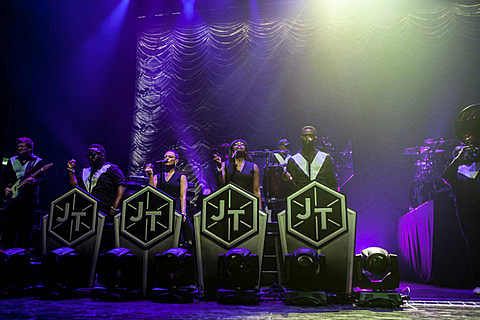 Justin Timberlake brought his massive ongoing tour in support of last year's The 20/20 Experience back to NYC last night (7/10) for his sixth show here since its release. While the past five shows were all in stadiums and arenas, last night's was at the significantly smaller Hammerstein Ballroom, making for a rare intimate show for the megastar. It was presented by MasterCard, and you needed a Citi / AAdvantage / MasterCard to get in.

Showing off his interest in classic pop, the show began with Frank Sinatra's "My Way" playing through the PA, but once JT hit the stage the mood shifted into the dark distorted pop of "Only When I Walk Away" with a laser light show and a sorta-trippy image of Justin's head blown up on the screen behind him. JT shifted moods like that plenty of other times throughout the night too which, with three very different albums, is inevitable but he and his ace 15-piece band actually made all those different sounds flow together really well. They segued the vocal intro of the spacey "Don't Hold The Wall" into the dancefloor banger "FutureSex/LoveSound." And right after that took the Spanish-sounding "Like I Love You" seamlessly into the jittery "My Love" interlude.

It wasn't all masterful transitions like that though. It was a pop show, so JT of course did tons of crowd hyping like slowing "My Love" into a ballad and milking that a bit before bringing the beat back in. Or starting "Summer Love" with a choppy a cappella before getting the whole crowd screaming "and tell me how they got that pretty little face on that pretty little frame girl" and then bringing the band in.

No guests showed up (well except Joey Fatone dancing on stage for about a minute towards the end), but Justin did play his intro to Jay Z's "Holy Grail," and instead of going into Jay's verse, took it directly into "Cry Me A River." He ended up rapping part of Jay's "Tom Ford" during "Cry Me A River," and later did the same with "Fuckwithmeyouknowigotit" during "SexyBack." He also honored Frank Sinatra once again later in the set with a cover of "New York, New York" (like he did at Yankee Stadium with Jay Z in 2013).

Setlist-wise, it would have been nice to actually hear some of the better deep cuts off The 20/20 Experience like the full "Don't Hold the Wall" or "Strawberry Bubblegum" (which the DJ who opened played), especially in place of the country pop-leaning "Not A Bad Thing" or the acoustic Ray LaMontagne cover he played after it, which both seemed a little out of place and unnecessary. That aside, when JT and the band were on, they were on, and it was a really fun show.

Justin's tour hits NYC again on December 14 at Barclays Center (tickets). Pictures from Hammerstein are in this post. More, with the setlist, below... 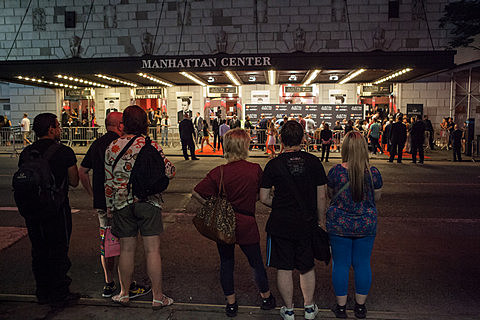 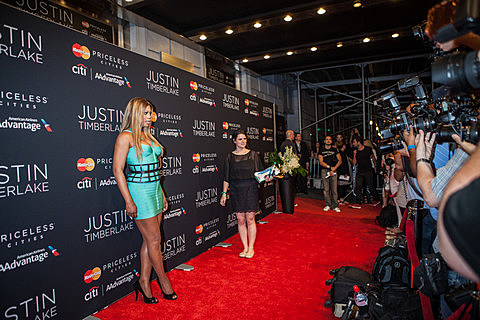 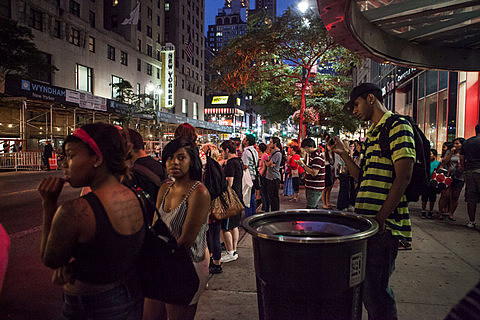 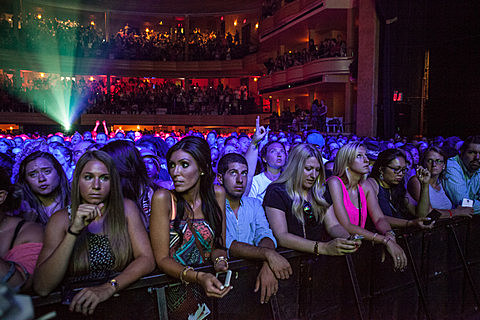 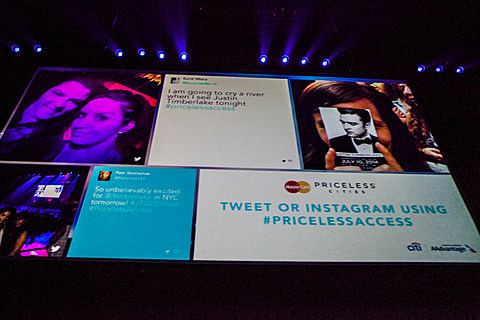 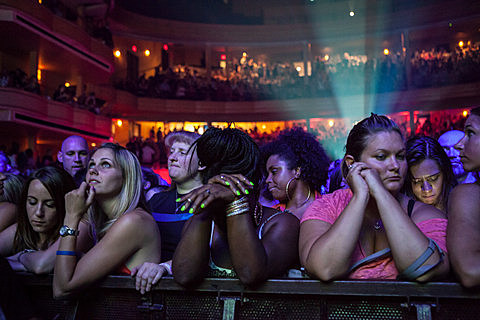 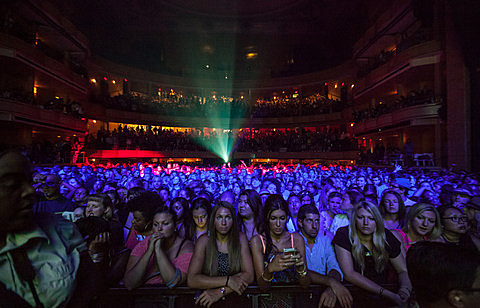 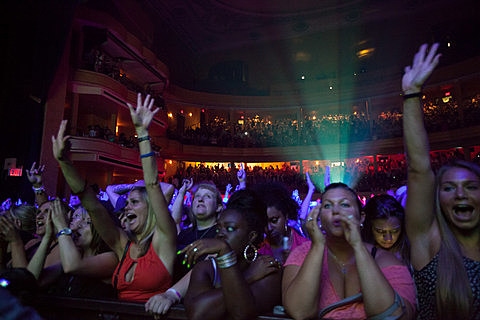 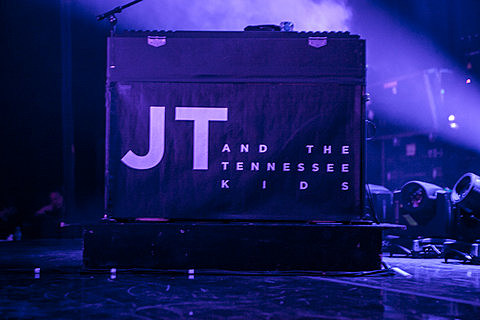 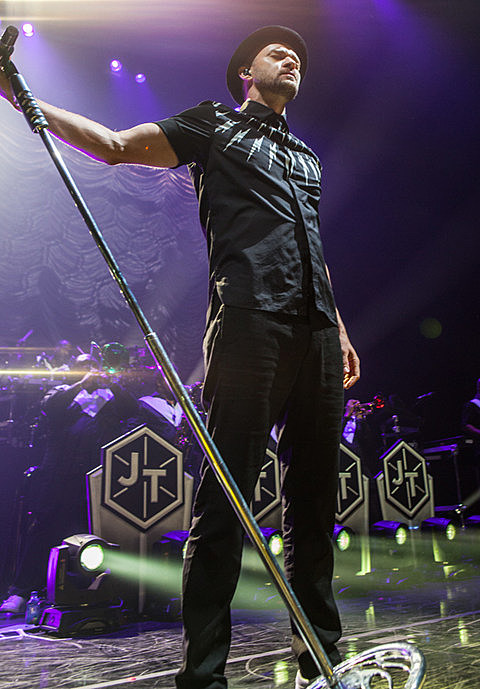 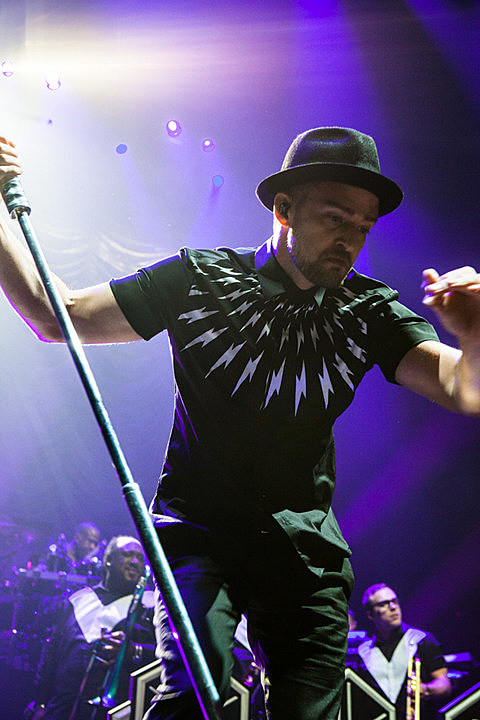 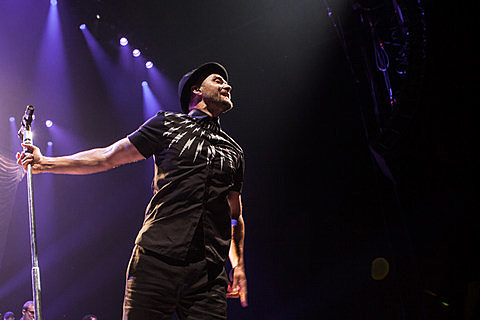 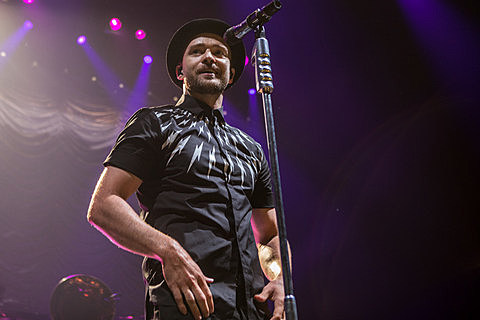 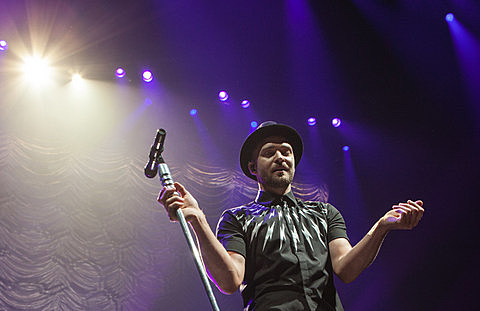 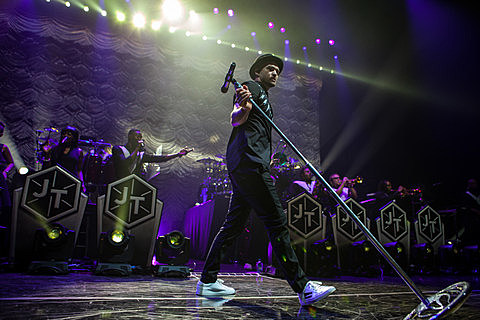 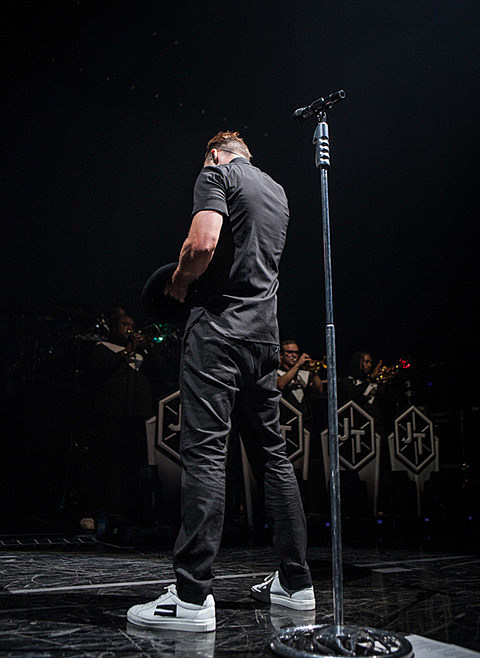 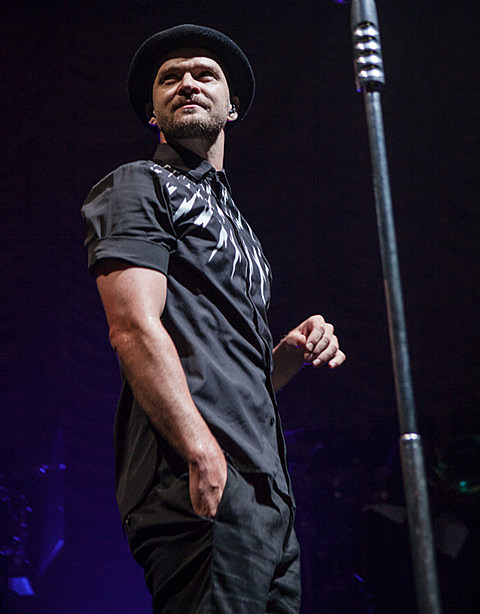 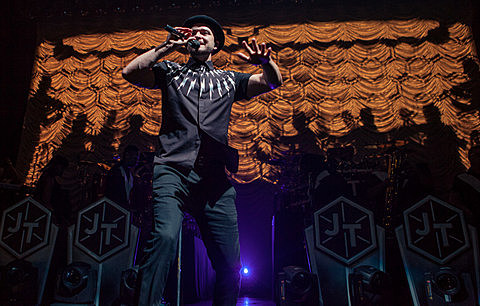 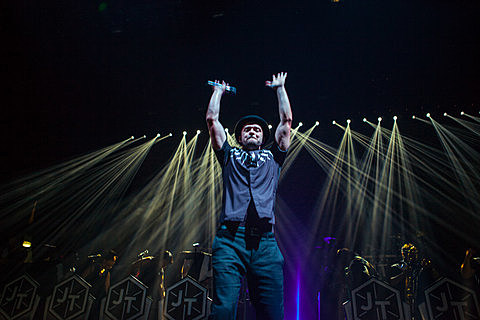 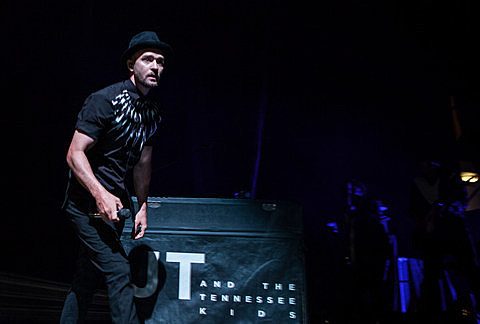 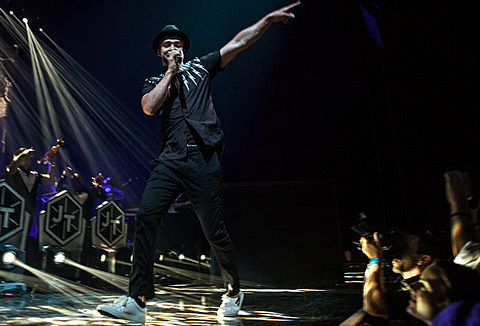 Justin Timberlake @ Hammerstein Ballroom - 7/10/14 Setlist:
Only When I Walk Away
Pusher Love
Gimmie What I Don't Know I Want
Rock Your Body
Don't Hold The Wall (intro) / FutureSex/LoveSound
Like I Love You / My Love
TKO
Summer Love
LoveStoned
Until The End of Time
Holy Grail / Cry Me A River
Senorita
Shake Your Body
Not A Bad Thing
Jolene (Ray LaMontagne cover)
What Goes Around
New York, New York
Suit & Tie
SexyBack
Mirrors