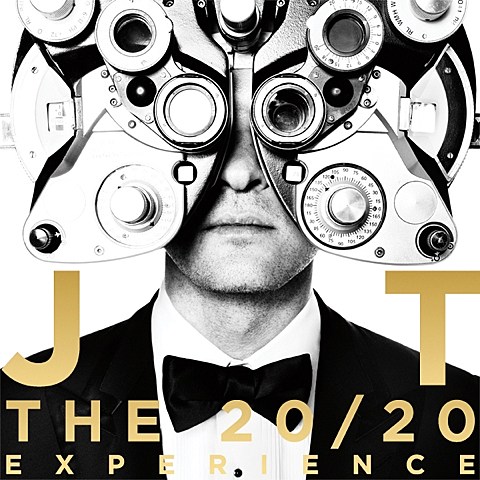 As mentioned, Justin Timberlake is releasing The 20/20 Experience, his first album since 2006's FutureSex/LoveSounds, on March 19 via RCA. You've already seen the music video and some live performances of the first single, "Suit & Tie," which features Jay-Z, and heard the second single, "Mirrors." But if you need a refresher, both of those songs and the album's tracklist are below. That's the cover art above.

JT also just announced that he'll be supporting the album with a tour with Jay-Z, who in addition to guesting on "Suit & Tie," has performed it with him at all of JT's one-offs this year. That tour is a huge stadium tour dubbed the "Legends of the Summer" tour and it hits NYC on July 19 at Yankee Stadium. All dates are listed below. All shows go on sale February 28, except the Yankee Stadium date, for which ticket info has not been announced yet. More specific info on tickets and presales is HERE.

Justin will be in NYC sooner than that though, to host and be the musical guest on Saturday Night Live on March 9 and appear on Late Night with Jimmy Fallon from March 11 to 15. Maybe we'll get another one of those random one-offs to warm up for Yankee Stadium while he's here?

A list of all dates, song stream, video, and album tracklist below...