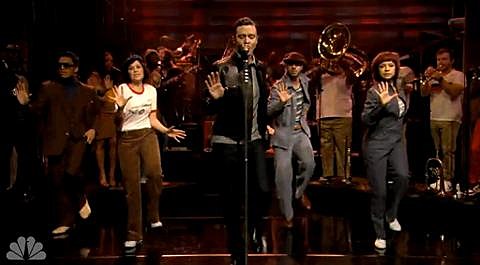 Maybe no surprise but tickets sold out quick this morning to Justin Timberlake and Jay-Z July 19 Yankee Stadium date on their "Legends of Summer Tour." (You might be able to still grab a single ticket, but we couldn't pull up two or more.) It may also not surprise you to learn that they've added a second Yankee Stadium show the next day (7/20). Tickets to that show go on sale Monday, March 18 at 10 AM. Updated dates are below.

In other news, Timberlake is on Late Night with Jimmy Fallon all week and last night performed "Pusher Love" from his upcoming The 20/20 Experience (which you can stream on iTunes). Video of that is below.