"Thank you NYC and Roseland Ballroom! Had so much fun tonight. Lets do it again soon..." - Justin Timberlake 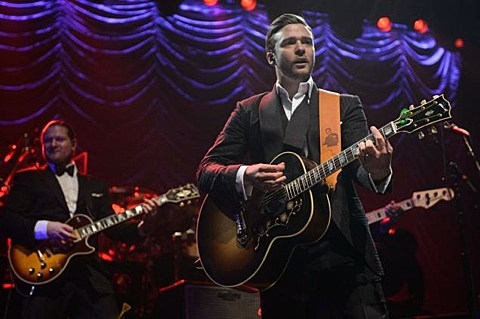 Justin Timberlake played a very intimate (for his standards) pre-tour show in NYC at Roseland Ballroom last night (5/5), which MasterCard sponsored and you had to "register for a chance" to purchase tickets for. Like he's been doing at his other shows this year, he played material from all three of his albums, including 2013's excellent The 20/20 Experience, with his new retro-soul stage setup. Check out videos from last night's show below.

As mentioned, this summer Justin will be touring with "Suit & Tie" guest Jay-Z, and that tour hits NYC for huge shows at Yankee Stadium on July 19 and 20. Tickets for both of those shows are still available, but according to Ticketmaster, "not many left." JT also just announced another leg of tour dates (without Jay-Z) which kick off this October and run through February, 2014. No other NYC dates have been announced for that leg at the moment. All dates are listed below. 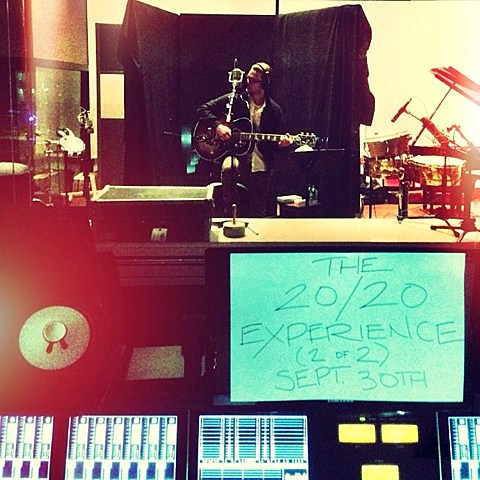 In other news, apparently one comeback album this year just wasn't enough for JT. You may have seen a post from Questlove earlier this year which stated that Justin had a second part of the The 20/20 Experience on the way, and over the weekend, Justin posted a picture to his facebook page (which you can see above) confirming that the second part of the album will be out on September 30. Should be interesting to hear what a second album only months after his last sounds like from a man who just waited seven years between releases. Though you may remember that when Justin first announced his return, he reportedly had around 20 tracks recorded, so maybe this will be the Amnesiac to his Kid A? (And yes, I did just mention Justin Timberlake and Radiohead in the same sentence. :x)

Updated dates are listed, along with Roseland videos, below...