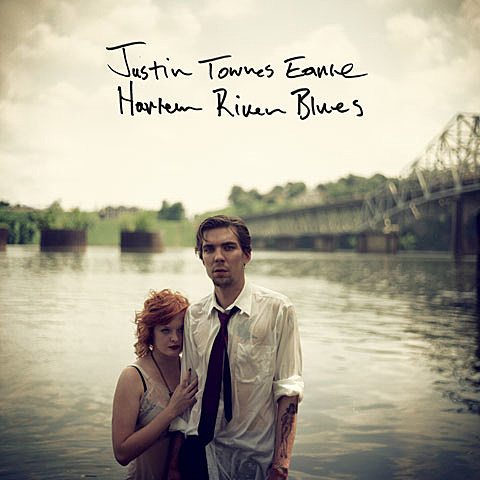 On September 14th, Justin Townes Earle will put out Harlem River Blues, his third record, on Bloodshot Records. About the NY-centric title, the Nashville-transplant told Paste, "I drove over the Harlem River one time and it was just the most desolate-looking thing I'd ever seen...it's just the nastiest body of water you've ever seen in your life. And I guess it just kind of inspired me a little bit."

Justin Townes Earle will play a Gone to Governors show, along with Josh Ritter & The Royal City Band and Dawn Landes & the Hounds on August 8th (one day after Local Natives play there). That free NYC show is at 8pm (doors at 6pm) but Governors Island is open all day (ferrys start at 10am).

Justin was on the recent CD celebrating John Prine, who has his own Island show a month later.

The NYC show is part of Justin Townes Earle's larger tour, which has dates ploted out through October (much of which are with Jessica Lea Mayfield). All tour dates (including Newport Folk Fest) and live videos (plus an informative 'What's In My Bag?' segment) are below...