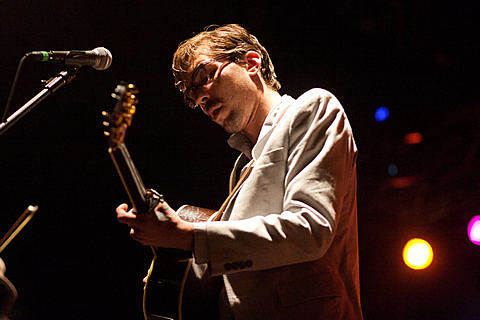 Justin Townes Earle has decided to suspend the remaining dates on his tour and enter a rehabilitation facility. Earle is strongly committed to confronting his on-going struggle with addiction and thanks his family, friends and fans for their continued support through this difficult time.

In regards to the misdemeanor charges recently filed in Indianapolis, Earle released the following statement earlier this week: "Unfortunately, reports surfacing online about the incident in Indianapolis are not accurate. I have been advised by counsel that I should not comment on a pending criminal matter, but suffice to say that I am looking forward to having my day in court. I would also like to say that I oppose violence against women in any form."

Earle looks forward to resuming the tour in support of his critically-acclaimed third album, Harlem River Blues, on independent record label Bloodshot Records. The album enters this week at #47 on the Top 200 in overall Soundscan.

The postponed dates include October 19th at Webster Hall in NYC (which also happened to be part of CMJ). Jessica Lea Mayfield and The Sadies were set to open that show, and Bowery Presents says "Refunds are available at point of purchase if requested, but a new date will be announced shortly and all tickets will be honored. We apologize for any inconvenience." All postponed dates below...