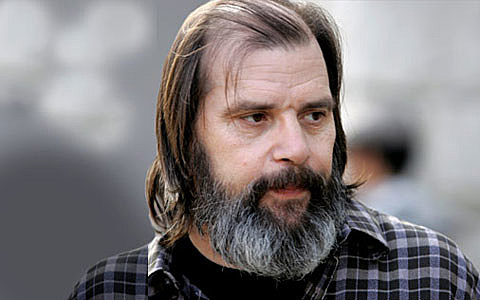 Mr. [Justin Townes] Earle said he began using hard drugs at age 12, while sharing a house with his father, singer-songwriter Steve Earle, who's had his own bouts with addiction and jail time. Though he admitted he's reluctant to take his father's advice, Mr. Earle said they occasionally go to 12-step meetings together.

"It takes a lot for someone with the substance abuse issues I have to stay away from such things," said Mr. Earle, who added that he was consuming a half-gallon of vodka a day, cocktail by cocktail. "If you hang around the barber shop long enough, you're going to get a haircut. I'd just gotten to a point with my drinking that it required a medical detox. Alcoholics and junkies tend to become stupid when it comes to that. We need giant catastrophes to hip us to the fact that we're f----- up."

Back on his feet, Mr. Earle will embark from his East Village apartment on Thanksgiving for his first concerts since September, with shows in Nashville this weekend, followed by a Dec. 18 rain date at New York's Webster Hall. [Wall Street Journal]

Justin Townes Earle is out of rehab and ready to rembark on his rescheduled tour. Jessica Lea Mayfield opens the NYC show which is on sale.

Steve Earle opens for Levon Helm at Beacon Theater on 11/26.

All Justin dates below...