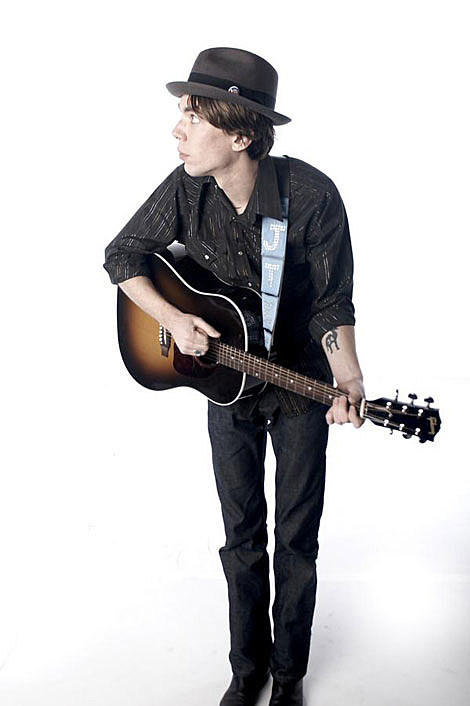 Justin Townes Earle went into the same business as his father. Steve Earle, the acclaimed singer and songwriter, passed on a lifetime's worth of advice about music and rebellion.

Justin says his father wasn't easy to rebel against.

"I could have become a Republican," he says. "That would've really pissed him off."

Instead, says his dad, Justin took up golf. Steve says Justin would hit golf balls in the front yard, just to irritate him.

But Justin says that no one in his family -- on either his mother's or his father's side -- discouraged him from playing music. He was in trouble a lot when he was young, but Steve Earle says he recognized his son's behavior.

"I knew what this looked like," he says. "I couldn't do anything else." [NPR]

Check out sessions with Justin on Laundromatinee and Daytrotter.

Justin Townes Earle's next NYC gig is at Beacon Theatre on May 15th. He's opening for John Prine. But you can also catch him tonight (5/1) at Maxwell's in Hoboken. All dates below...