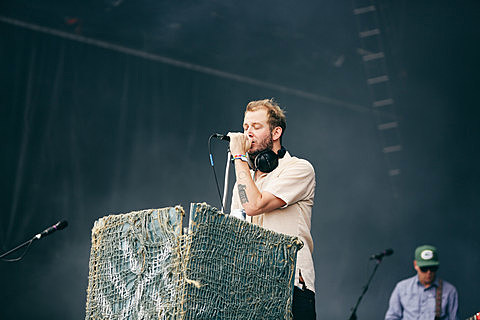 Bon Iver's Justin Vernon is already the leader of several bands and a contributor to even more, and now he's going to be curating his own music festival in his hometown. Stereogum points to an article on The Current which says The Eaux Claires Music and Arts Festival will take place in Eau Claire, Wisconsin on July 17 & 18, 2015 at the Foster Farm (where the annual Country Jam festival also happens). For the fest, he's teaming up with Crashline Productions (who also put on Boston Calling), and their permits were just approved. From the article:

"It's a very major economic impact," McCoy said. "Looking at what Justin wants to do, and having somebody like that, you can look around for a long time trying to find somebody that will bring that kind of venue and that kind of magnitude into the community, and it falls in your lap, it's really kind of cool and he's a pretty awesome guy and he's made some investments in the community," says McCoy.