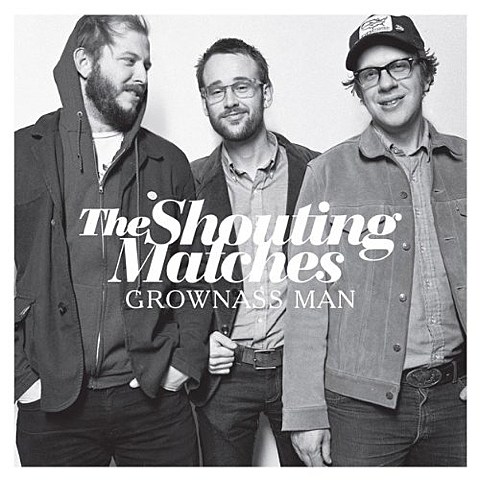 It's probably not news to fans of Bon Iver's Justin Vernon that he is a man of many collaborations. Just ask Kanye West, James Blake, St. Vincent, or the guys in Collections of Colonies of Bees, to name a few.

Another of his many collaborative projects is The Shouting Matches, a blues rock duo which features Justin on guitar/vocals and Brian Moen (of Peter Wolf Crier and Laarks) on drums. They formed pre-Bon Iver, but regrouped this year (and the lineup now includes Phil Cook, who played with Justin in DeYarmond Edison and is also in Megafaun) for their first official full length, Grownass Man. The album's rooted in classic American blues but played with the distorted take on that rich history that became popular with groups like Cream and Led Zeppelin, and has been revived pretty strongly recently by guys like Jack White and The Black Keys. Grownass Man is due out on April 16 via Middle West, but you can listen to it in its entirety now on NPR.

The Shouting Matches' only upcoming dates scheduled at the moment are the two Coachellas that happen this weekend and the one after that. The Shouting Matches play on the Fridays (April 12 & 19), so if you're headed to that festival, it's worth checking out their set.

Watch a video of the band performing live as a duo in 2010 below...

The Shouting Matches live in 2010