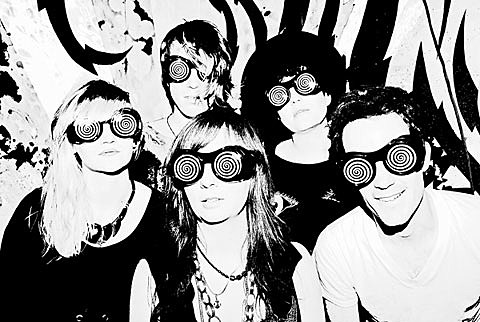 Brooklyn's swampy, skronky, spooky K-Holes launch an East Coast tour tomorrow (4/13), starting in Mobile, Alabama and working their way up the East Coast, culminating in two hometown shows next week: Wednesday, April 20 at Secret Project Robot with Knyfe Hyts and Xray Eyeballs, and then Saturday, April 23 at Glasslands where they share a bill with Hunx & His Punx, Shannon & the Clams and Grass Widow.

The Secret Project Robot show is the record release party for K-Holes' debut album (weird, as it came out early last month), which I would describe as kind of No Wave garage. Bleating sax, wailing vocals, general nightmare party vibes. You can download "Gutter" at the top of this post. There's a slightly NSFW video for their track "Creatures" below. Also below: all K-Holes tour dates.

K-HOLES//CREATURES from Emily Denton on Vimeo. 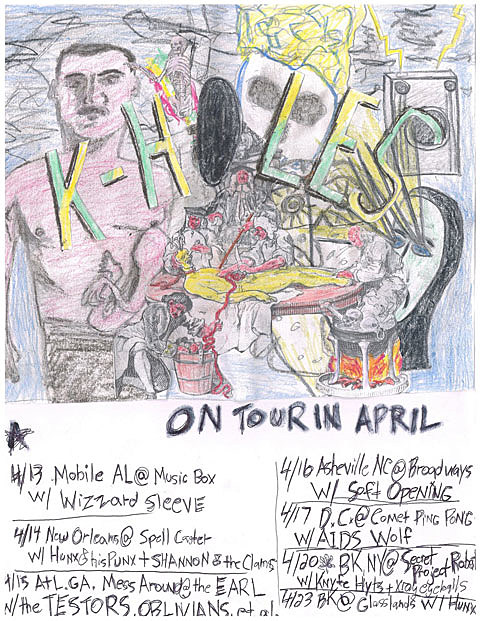