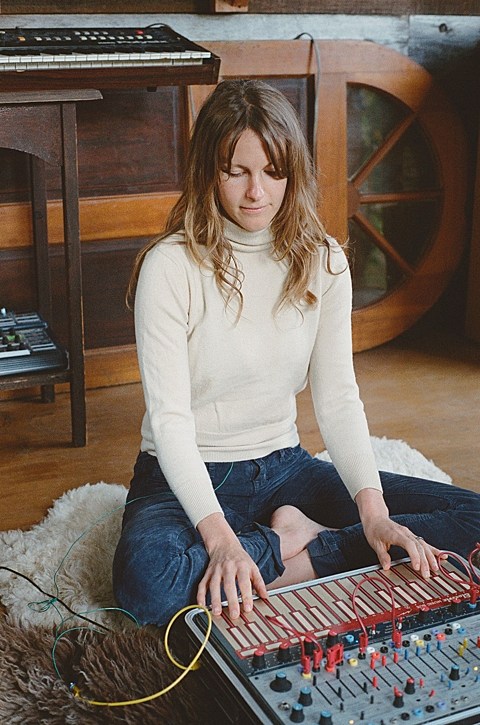 Experimental synth artist Kaitlyn Aurelia Smith has a lot of cool projects coming up. She's working on music for the film Brasilia: City of the Future which was co-written by and starring Reggie Watts and directed by Brooklyn filmmaker Benjamin Dickinson. She helped electronic music pioneer Suzanne Ciani prepare for a European tour and has a collaboration with her in the works. She also has plans for a "virtual reality project" with director Daren Rabinovitch.

On top of all that, Kaitlyn has signed with Western Vinyl who will release her new solo album, Tides, on November 11. Its opening track is 15 minutes of gorgeous, droning ambience, and that premieres in this post. Check it out below.