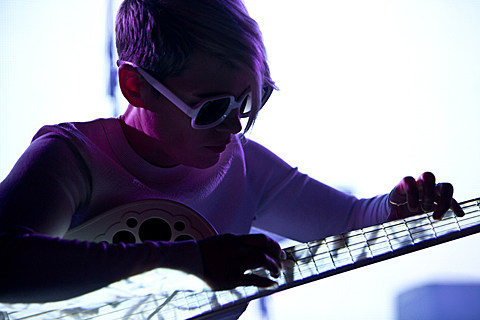 Composer and guitar great Kaki King has added a handful of dates to her upcoming tour schedule. In addition to recently opening Neneh Cherry's NYC debut and to her previously announced Ecstatic Music Festival appearance with ETHEL and John King (tickets), the Brooklyn-based artist will be playing her hometown again on May 21 at Rough Trade. Like she did at the Neneh Cherry show, she'll be performing her new multi-media piece, "The Neck Is A Bridge To The Body," at Rough Trade. Tickets for that show go on sale Friday (1/23) at noon.

All of Kaki's dates are below, along with her video for Glow b-side "Tunnel," below...