Kaki King at MoMA in 2011 (more by Amanda Hatfield) 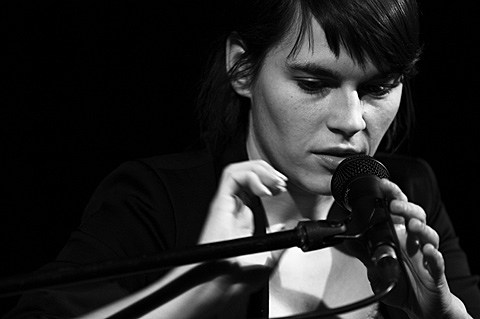 Last week we mentioned that Kaki King has a new album and tour in the works, and that there would be more details to come. Those details have arrived and we now know that her new album is called Glow and it's due out on October 9 via Velour Music Group. Her tour has now also been announced in full, and in addition to including the previously discussed NYC show on November 11 at Glasslands (tickets), it also includes another NYC show, which happens on November 13 at Le Poisson Rouge. Tickets for the LPR show are on sale now.