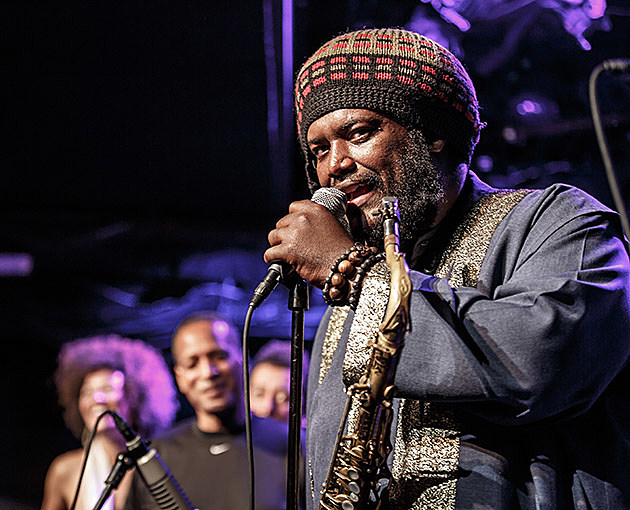 As the NY Times points out, that's just one of a handful of jazz shows that SummerStage is putting on this year. They're also presenting the McCoy Tyner Quartet in Central Park on June 4 with Ron Carter and Roy Haynes' groups. That and the Kamasi show are co-presented by the Blue Note Jazz Festival. McCoy Tyner just played the Blue Note (check out pictures).

SummerStage is also presenting The Charlie Parker Jazz Festival, which includes Jason Lindner's Breeding Ground in Marcus Garvey Park on August 26 and the Donny McCaslin Quartet in Tompkins Square Park on August 28. Members of both of those groups also played on the new David Bowie album and will appear at the upcoming David Bowie tribute shows.

The full SummerStage schedule will be announced April 1. Kamasi Washington tour dates and a live video below...