Kamasi Washington played the historic Apollo Theater on Saturday (2/23), a show that was co-presented by AfroPunk as part of the Apollo's "Race Music" weekend.  Kamasi, with his 13-piece band, played for over two hours, and the set included "Askim" and "Re Run" from The Epic, Heaven and Earth's "Fists of Fury," Harmony's "Truth," and more. Check out the setlist below. While Kamasi focused mainly on the music, he did take some time to talk about politics and social issues, saying that we might look different from each other, eat different foods, have different gods, but difference is beautiful and should be embraced and celebrated, not just tolerated.

The night opened with a screening of Kamasi's short film, As Told To G/D Thyself, which premiered at Sundance in January. Check out pics from the Apollo show in the gallery above.

The Apollo is celebrating its 85th anniversary this year, and is marking that milestone with lots of good stuff including shows from Mavis Staples, Alice Smith, Jose Gonzalez, and more. 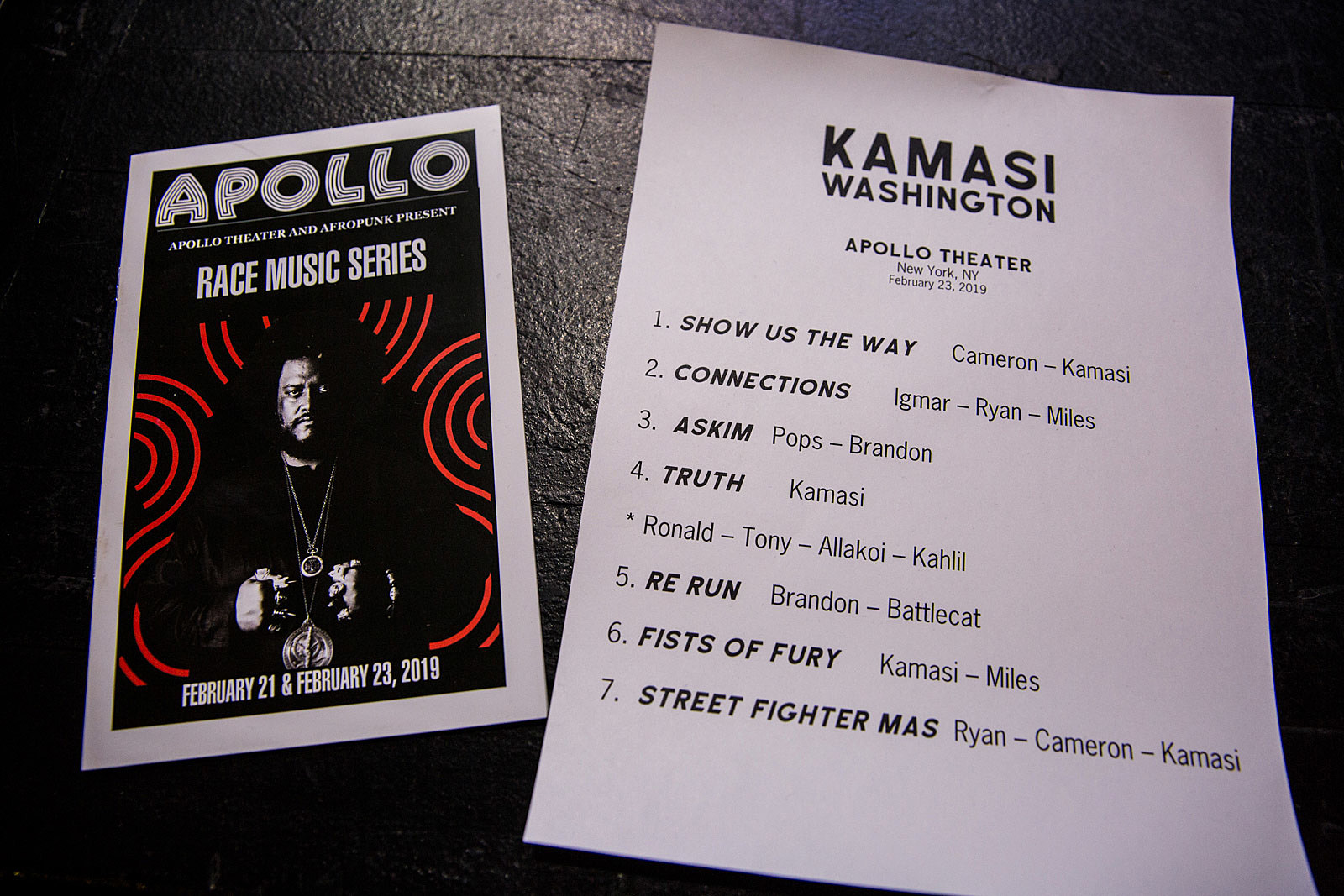