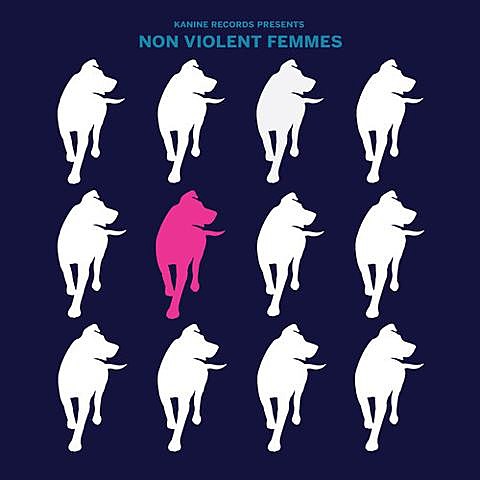 In addition to the Fear of Men special edition LP, Kanine Records announced their other Record Store Day 2014 releases today as well. One of them is a compilation called Non Violent Femmes, which culls tracks from some of today's more promising female-fronted bands from around the globe (well, America, UK, and NZ): Speedy Ortiz, Eternal Summers, Bleeding Rainbow, Beach Day, Tashaki Miyaki, Is/Is, Beverly, TEEN (who just played Baby's All Right), Joanna Gruesome, Flowers, and Beaches. Ten of the 11 tracks are exclusive to the release.

And in a related vibe -- and this is cool -- Kanine will be reissuing Elastica's eponymous 1995 debut on vinyl for RSD. While they never managed to do much after, Elastica is packed with great songs -- "Connection," "Stutter," "Car Song," "Annie," "Line-Up," "Vaseline" -- and a true '90s classic.

Kanine is also releasing an alternate version of Surfer Blood's 2013 album Pythons, one that, apparently, Warner Brothers rejected for being too "punky."

Record Store Day happens in brick-and-mortar shops all around the globe on Saturday, April 19. Speedy Ortiz play free shows at Brooklyn Night Bazaar this Friday (2/7) with Krill, Odonis Odonis, Heeney, and Infinity Girl; and Other Music on 2/10. They're also streaming their new EP, Real Hair, which you can listen to on Pitchfork.

Check out a few Elastica videos below...