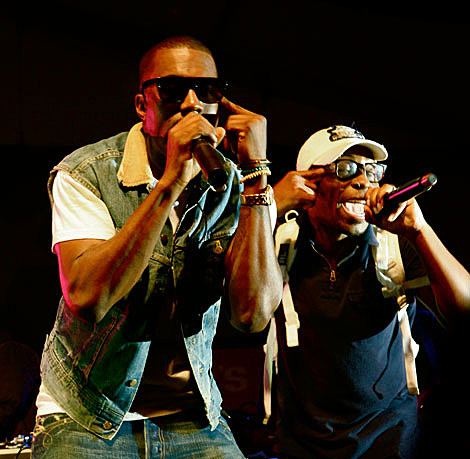 True - it was the worst kept secret and the most corporate plumping event of all of SXSW (if Kayne would have worn grillz sporting the The Levi's® logo, it would have completed his Levi's® outfit) - but that doesn't mean Saturday night's show at the Fader Fort wasn't one of the best (3/21). Kayne West acted like a grand circus ringmaster - introducing his whole G.O.O.D. record label crew including Consequence, GLC, and his prized diamond rapper all-star Kid Cudi. Then, just when you got sick of Kayne's world, in came fellow Chi-towner Common sweating out "Universal Mind Control." And then, like Mary Poppins on uppers, Kayne smiled and pulled out yet another prized gem from backstage: the gorgeous divine Erykah Badu (who is a Texas native and was wearing full-sequined silver pants- the combination of which got a hot scream from the crowd). To close out, like a big, super-talented brat pack, the entire G.O.O.D. crew came back on stage and danced around to songs from West's 808s. Whether you love him or hate him, Kayne sure knows how to party (or promote).

More pictures and the entire setlist below... 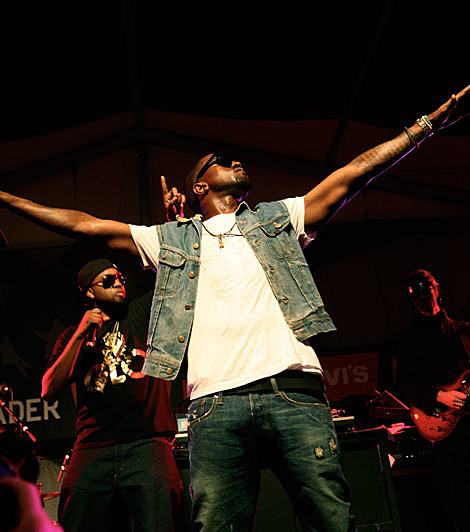 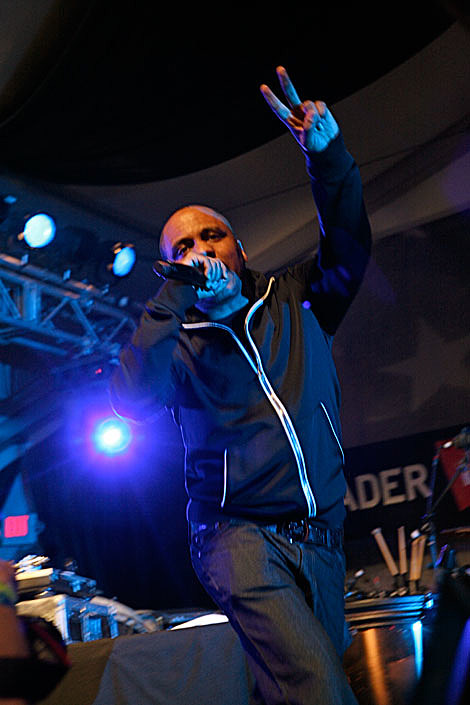 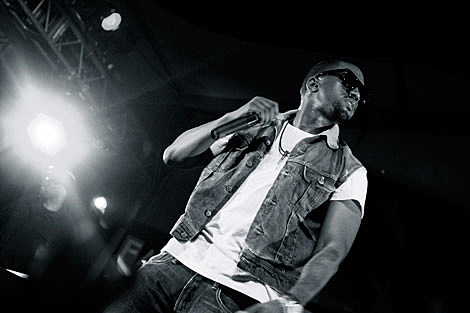 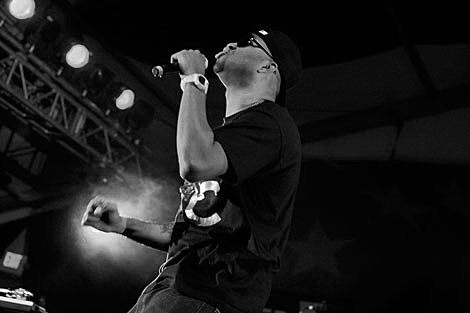 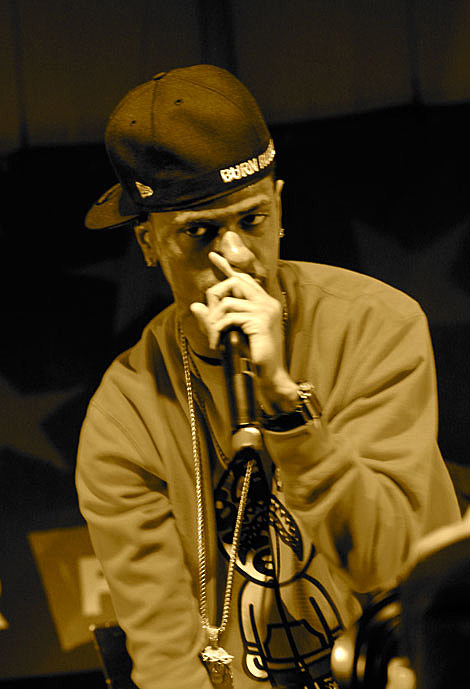 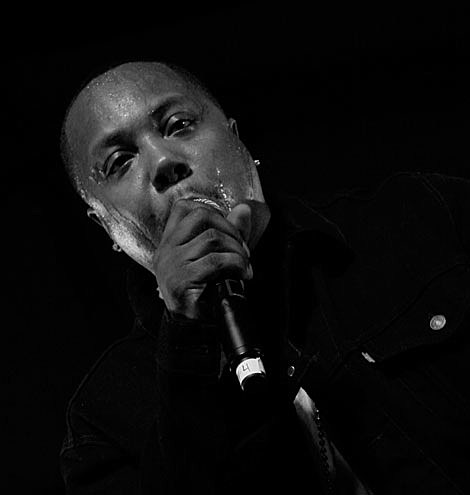 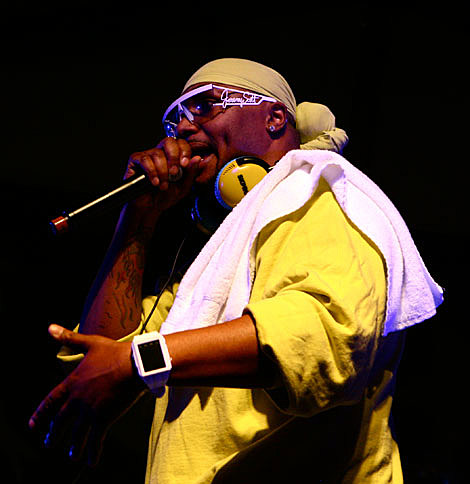 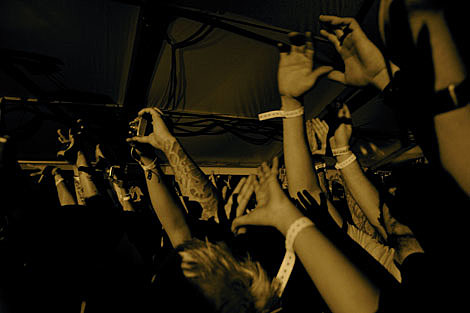 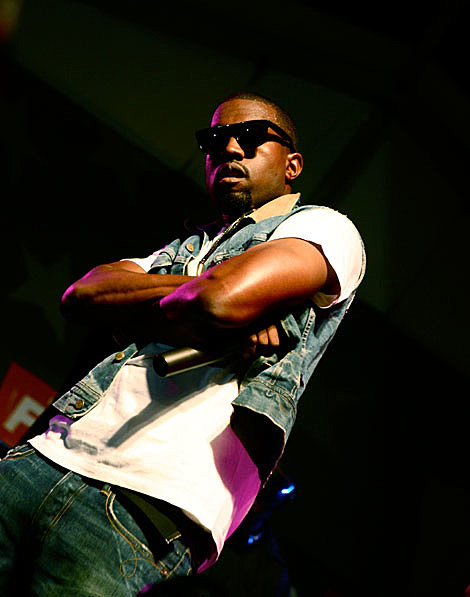 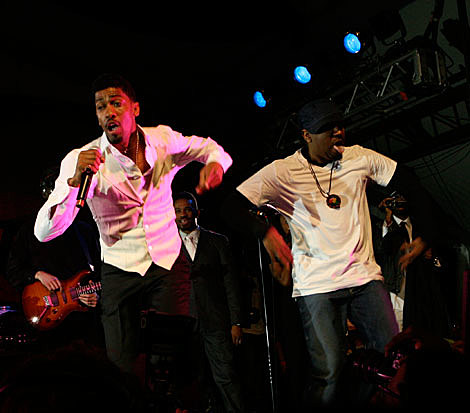 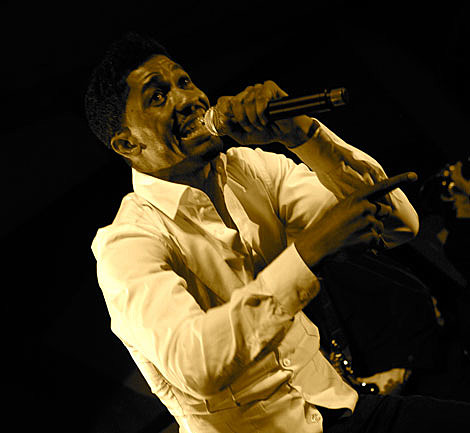 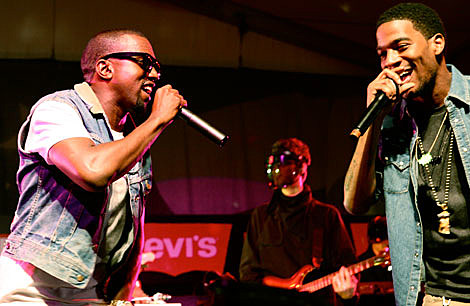 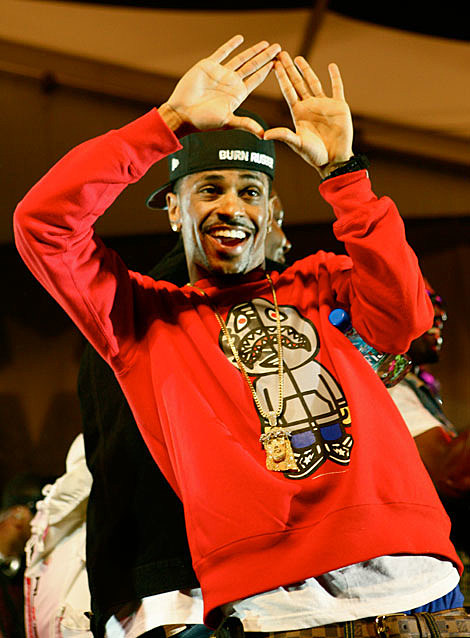 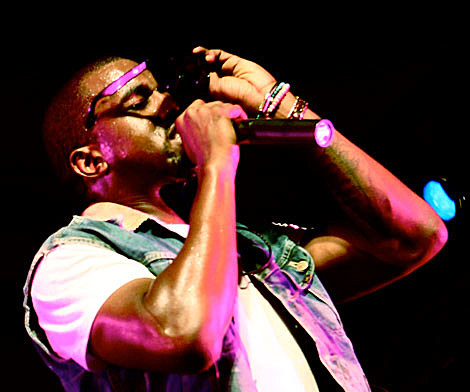 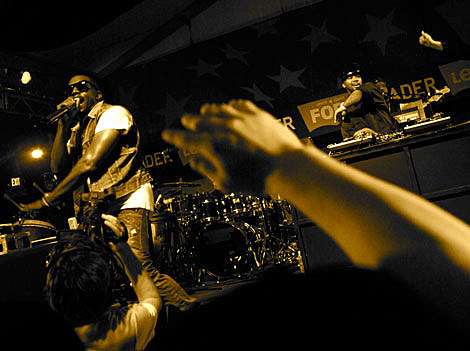 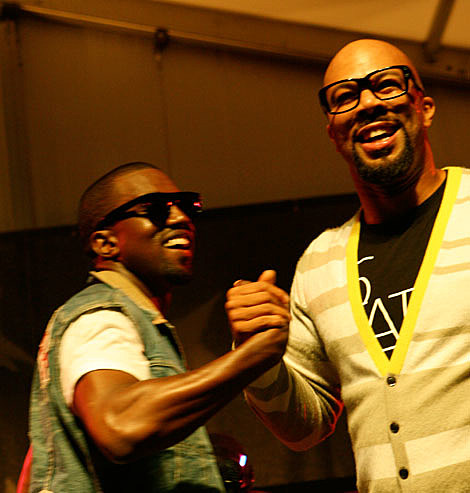 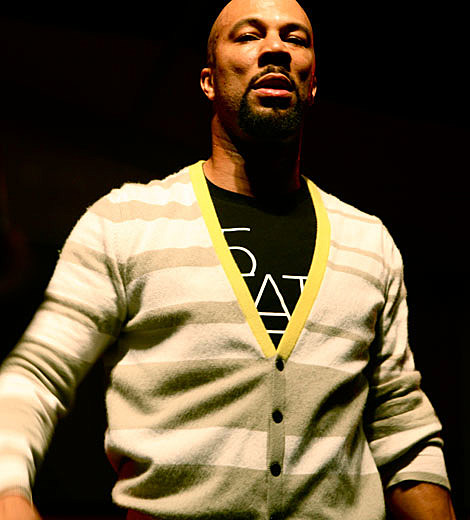 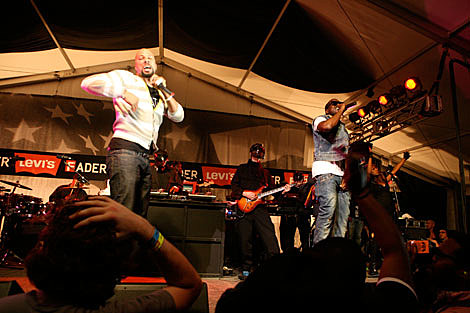 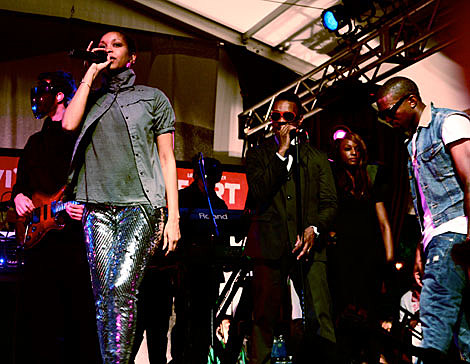 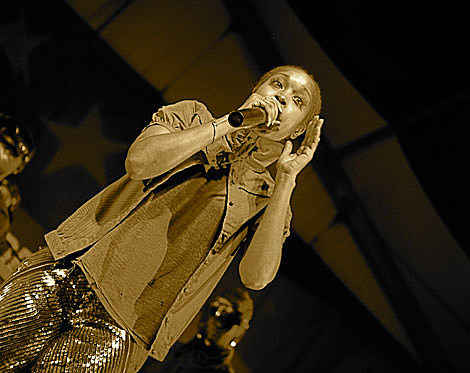 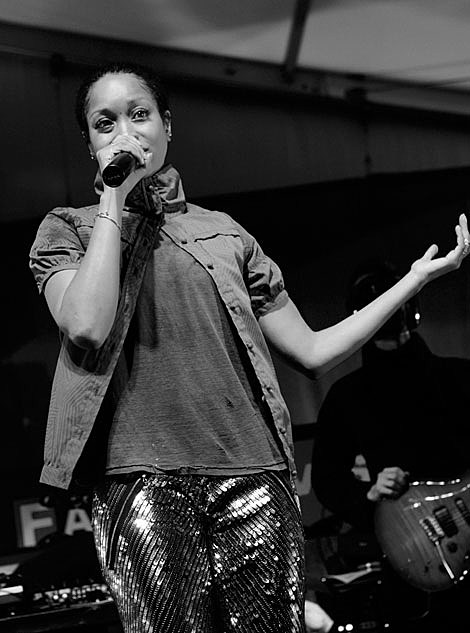 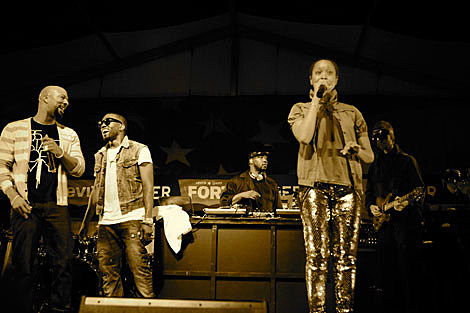 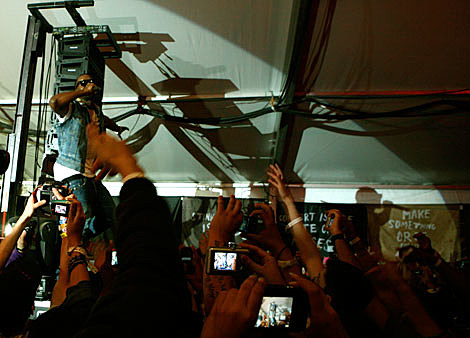 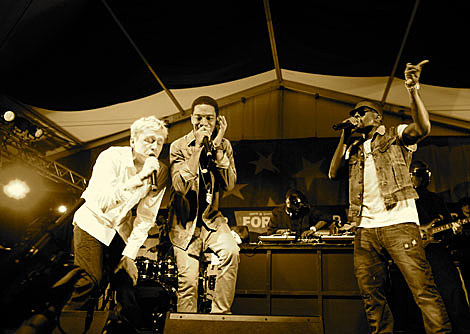 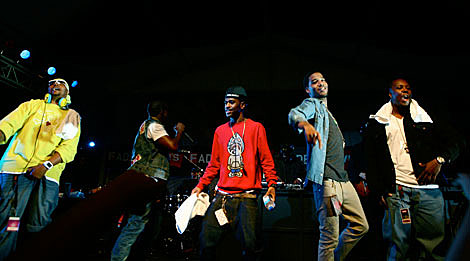 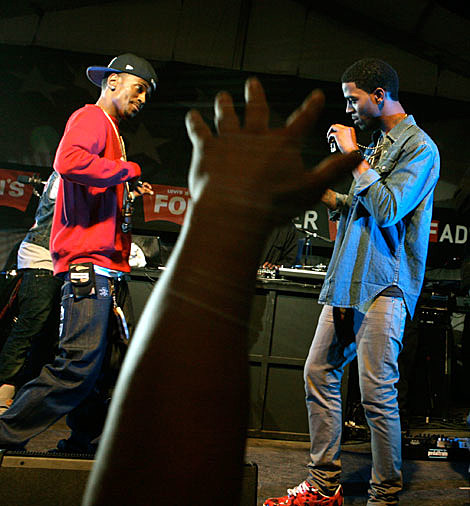 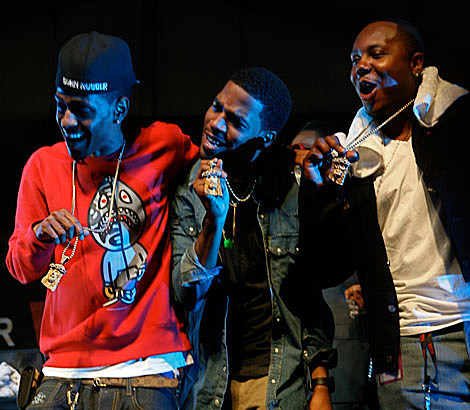 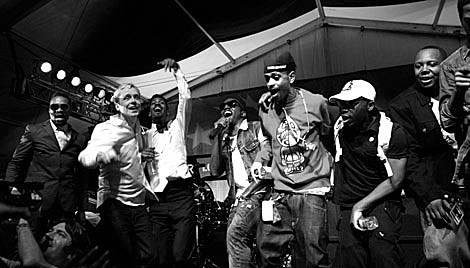