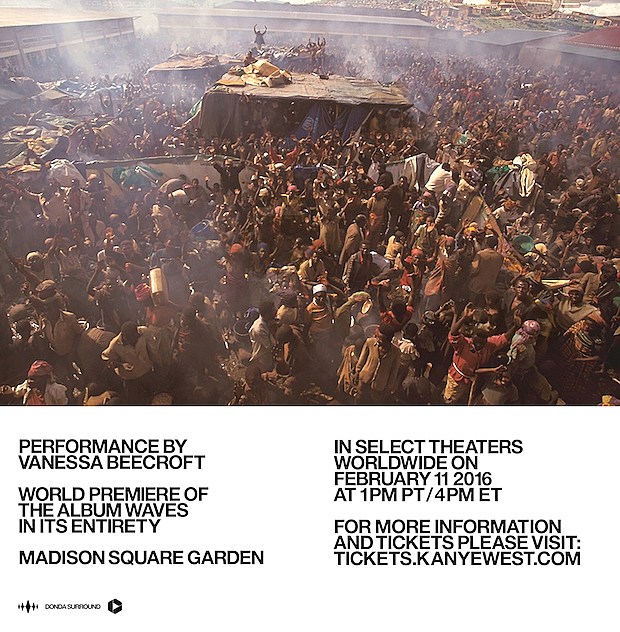 Kanye West already revealed that he'd premiere his new album Waves in its entirety on February 11 at Madison Square Garden, for his Yeezy Season 3 event taking place during New York Fashion Week. Now he's revealed that it will include a performance by his past collaborator, Italian performance artist Vanessa Beecroft. He's also put tickets on sale for the screenings of the event in theaters worldwide. Tickets for U.S. theaters aren't on sale yet, but they're expected to be on sale soon and coincide with the album pre-order. Tickets to attend the event are also still not on sale.

UPDATE (2/4): You can now get tickets to stream the event in US theaters and pre-order the album here. It's also listed as untitled, so maybe it's not called Waves after all.