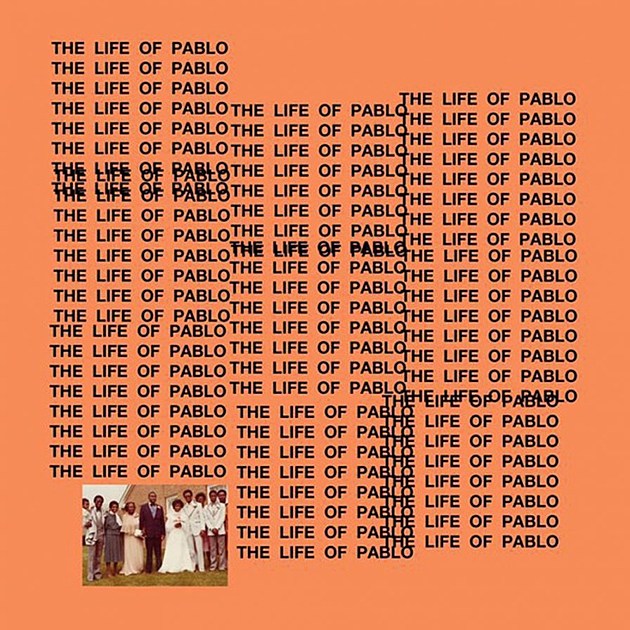 As you probably know by now, Kanye West is debuting his new album at Madison Square Garden today (2/11) at 4 PM EST. The album debut is part of his fashion show Yeezy Season 3, which also includes a performance by Italian artist Vanessa Beecroft. If you're not attending it live or watching one of the livestreams in a theater, you can also watch it from the comfort of your own home via TIDAL, as Pitchfork points out. Head below at 4 PM to watch the stream. If it's not playing, it should work if you lower your resolution to 240p.

The album is called The Life of Pablo (fka Waves, fka Swish, fka So Help Me God) and it features the singles "Real Friends" (ft. Ty Dolla $ign), "Wolves," and "Fade" (ft. Post Malone) . (Not the Kendrick Lamar collaboration "No More Parties In LA," however, which it was reported to include up until yesterday.) Rumored guests include Andre 3000, A$AP Rocky, Earl Sweatshirt, Chance the Rapper, Tyler the Creator and more, but who really knows at this point. Check out the latest tracklist below.

UPDATE: There's the artwork above, designed by Peter De Potter.

Track two "Father Stretch My Hands Pt. 1 • Pt. 2" features Kid Cudi, production by Metro Boomin, and Future's voice on Metro's DJ drop. He tweeted the lyrics and wrote, "I cried writing this. I love my Dad."

Track four "Famous" features Rihanna and production from Swizz Beatz, and Kanye raps: "I feel like me and Taylor might still have sex, I made that bitch famous." TMZ says Taylor approved of the lyric in advance, but an update from her spokesperson (via Jon Caramanica) says she actually "declined and cautioned him about releasing a song with such a song misogynistic message." Kanye responded in a series of tweets.

On track five "Highlights" he calls out Ray J: "I bet me and Ray J would be friends if we didn't love the same bitch." That one features Young Thug and The-Dream. He also says he and Thug will be playing that one on SNL on Saturday (2/13).

Kanye's latest tracklist included "Fade" at track seven but he skipped it and then played it at the end after asking, "Is there one more song from the album that y'all want me to play?!"

The Weeknd and Travi$ Scott are on track eight, "FML."

Kanye added a new verse to previous single "Wolves" and Frank Ocean now features on it. The single version featured Sia and Vic Mensa who did not appear to be on this one.

After finishing the album, Kanye gave a speech and then played "Facts" after a crowd request. Then he played "Fade," and eventually cut it and said "hold up Young wants to play some new shit" and debuted a new Young Thug song. Thug is also one of the models in the fashion show.

He followed the Young Thug song by debuting a new Vic Mensa song. Afterwards he shouted out Jay Z and TIDAL.

He didn't include pre-album single "Only One" but he did tease a video game about his mother going to heaven with the same title.

After replaying some of the album tracks, he started playing "All Day," one of the pre-album singles that didn't make it on to his latest tracklist.

DJDS (fka DJ Dodger Stadium) tweeted that they contributed to five of the album's songs.

UPDATE, 6:20 PM: TIDAL is streaming a replay of the show now.

UPDATE (2/12): Some of those extra songs he played will in fact make the album, which Kanye says comes out today.